You are here: Home  |  Featured | Justice | News   |   What next for detained journalist Diing Magot? 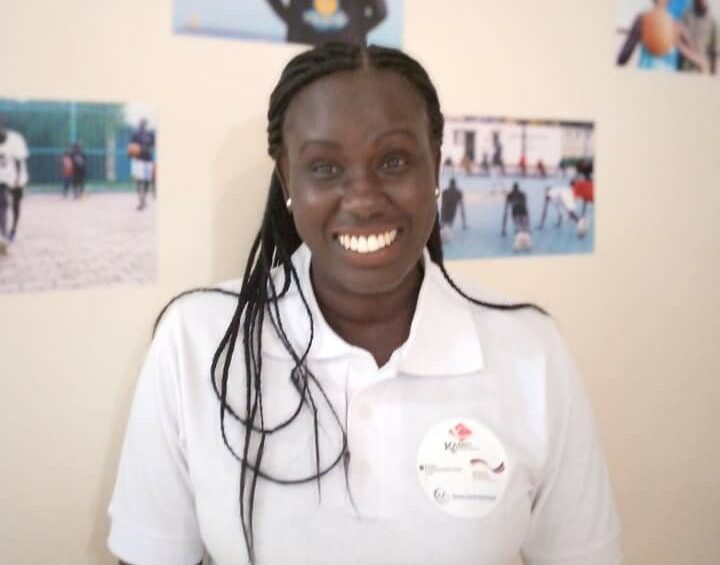 Diing Magot, a Journalist working for the Voice of America

Freelance Journalist and VOA reporter, Diing Magot left home on Sunday to cover a peaceful protest in Juba’s Konyokonyo Market, only to become the story.

Armed with her phone and a recorder, Diing had decided to hear the story of a handful of young people, protesting high cost of living in the country.

Shortly afterwards, security organs invaded the scene and fired in the air to disperse protestors.

She was then arrested by the police and thrown into detention at Malakia Police Station.

“It is indeed very sad that my colleague Diing Magot has to go through what she is going through at the moment,” Jane (not her real name) told Eye Radio.

On her first day in detention, Journalist Diing was in good spirit because she thought it was one of the minor frictions between the media and the police, Jane said.

But, it was only after she spent two days in detention, did she realize the gravity of the situation she is in.

“She is in a state of shock. She does not understand what is really happening and what offenses she has committed.”

“The first day, she was strong because she thought it was something small that might end in one day. But then things started to become more complicated for her and that’s when she felt it is really something big.”

Journalist Diing, got arrested along with five protestors, one of whom is nursing a gunshot wound in the leg.

Her arrest has created a state of fear in every journalist across the country, Jane said.

“They are asking themselves today is Diing, tomorrow what will happen to me. They are asking questions because they believe the government is supposed to protect journalists.”

“And if at all, Diing has committed a crime, since she was arrested in line of her duty, they should have referred the case to the media regulatory body, the media authority for them to handle the issue.”

Eye Radio has learnt that she has been transferred to Juba Central Prison, pending an investigation that the police say, could end in days, weeks or months.

The journalist who has been following the case of her colleague said, the police investigator charged Diing with possessing her only working tool, a recorder.

However, the Committee to Protect Journalists quoted the police as saying the detained reporter has not been charged.

Major General Daniel Justin said the country’s attorney general had granted police permission to hold Magot for an additional three days, beyond the initial 24 hours afforded under the law.

According to the Voice of America, Diing was not in possession of her professional identification card, when the police arrested her.

The media regulatory body – Media Authority has written to the VOA to provide a letter confirming that Magot was on assignment, which the broadcaster did.

“We are extremely distressed by the arrest of Diing Magot,” VOA Public Relation Officer Anna Morris said, and added “We are asking South Sudan authorities for the immediate release of our journalist.”

Following her arrest, the U.S. embassy in Juba called on authorities to release Magot, noting that she was arrested while covering a peaceful protest.

““We affirm the right of journalists to seek information and share their findings with citizens is an integral part of a free, strong, and democratic society,” the embassy said in a statement.

South Sudan is said to have a history of limiting freedom of the press, including harassment and arbitrary detention of journalists when authorities disapprove of their work.

In February this year, officers with the country’s National Security Service intelligence agency arrested eight journalists, including an Eye Radio reporter, at the premises of the national parliament in Juba.

The reporters were covering a press conference that included members of opposition parties when a group of NSS officers halted the briefing on the grounds that it was illegal.

They then seized the journalists’ recording devices, and took them to the parliament’s security office, according to media reports at the time.