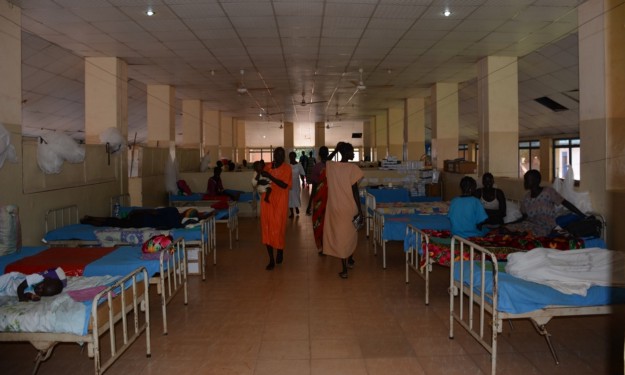 The Director General of Wau Teaching Hospital said some patients in need of immediate surgical operation are offering fuel due to a shortage at the facility.

Dr Thon Mangok told Eye Radio the hospital has been faced with a lot of bureaucracy from the state government to acquire fuel on time.

Mangok said the facility has not received any fuel supply from the state authorities since the beginning of this month.

“The government has some issues and is not able to bring fuel and it cannot help us,” he said.

On Thursday, a lawmaker in the state said that the Hospital was in a terrible stage and demanded that the government pay necessary attention to it.

Khamis Dahiya Omar, the Chairperson of Health Service Committee at the state legislative Assembly urged the government to equip and support the state hospital.

Meanwhile, Doctor Mangok said CORDAID, an internationally operating emergency relief and development organization, mostly working in conflict-affected countries, has pledged to supply the facility with fuel for the next two months.

“Wau teaching has the issue of power because there is no fuel, those of CORDAID promised to bring fuel today or tomorrow and this is according to the approval of the office because of some bureaucracy,” he said.

But the health official said there is no fuel as of now, and that those contributing fuel are mainly patients who need urgent surgical service.

“In some patient who are in serious need operation, the surgery doctor told him that I cannot do the operation because there is no fuel and if there fuel I will do it, he brought fuel voluntarily and then he was operated.”