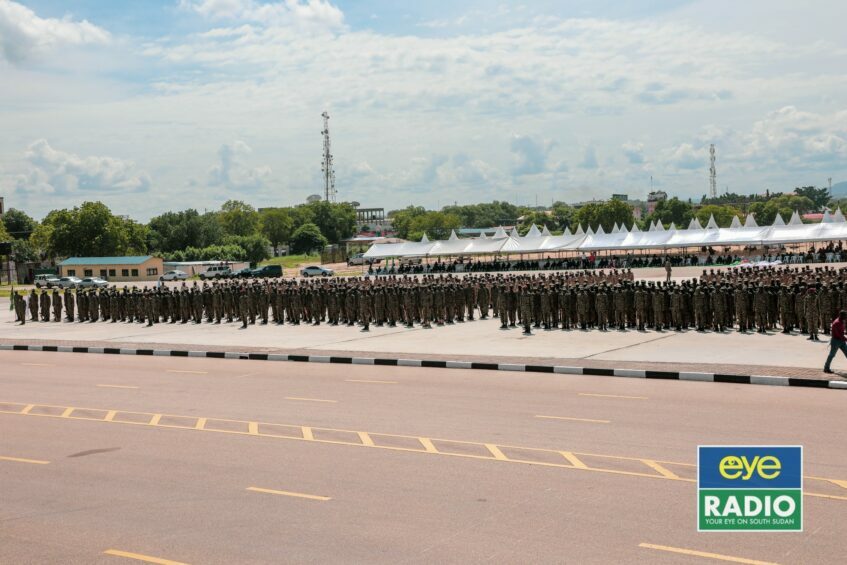 The US ambassador to South Sudan said as the country takes a significant step in creating a national force, the unified forces should be diverse in representation across all ranks.

Ambassador Michael Adler stated that diversifying the army is vital in reducing conflict and violence in South Sudan.

In a statement during the commemoration of International Day of Peace in Juba on Wednesday, Adler called for a represented unified forces in the country.

“A necessary unified force that is adequately resourced, with salaries paid on time, and with diverse representation across all ranks, is vital to reduce conflict and violence.”

The graduation of the first phase of the necessary unified forces, South Sudan has taken a significant step in creating a national force that can provide safety and security to all South Sudanese people, regardless of their ethnicity, says ambassador Alder.

The diplomat also called on the unity government to meet other commitments in the peace agreement, including those related to transitional justice, accountability, reconciliation, and healing.

Adler also reiterated the Troika countries’ commitment to the peace agreement as the only way to deliver the peace, security, and democracy that the South Sudanese people have waited for so long for.

He also called for those that have instigated or committed acts of violence, including sexual and gender-based violence, against civilians to be held accountable for their actions without delay.

According to observers, the security sector reform in South Sudan has been frustrated by a militarized political culture that could see political tensions boiling over into armed conflict.

The Institute for Security Studies said both the ruling party and opposition in the country, are founded on military movements with weak political wings.

Transforming the former SPLA, now SSPDF, into a professional army, has been the promise of several army officials, although experts say the task has not been easy – considering the rampant corruption by top military leaders, and the level of illiteracy among the soldiers.

In an order of allegiance read during the graduation ceremony, President Kiir who is also the Commander-in-Chief of the South Sudan Defense Forces, or SSPDF, graduated with a total of 21,973 unified forces.

The officers who graduated include 3,308 VIP protection forces of the Unified SSPDF, and 4,366 personnel into the unified South Sudan National Police Service.