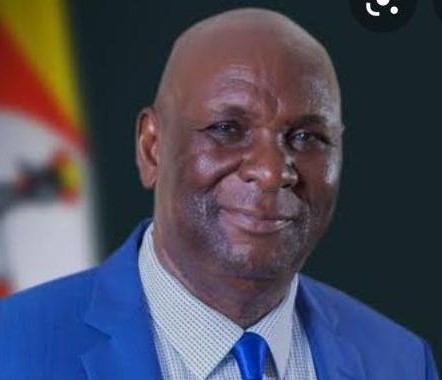 The Vice Chancellor of  Kampala University has said the Juba-based branch suspended operation in 2017 after the South Sudan authorities demanded what he terms an unreasonable registration fee.

In a leaked document written in 2017 by Vice-Chancellor Prof. Badru Dungu Kateregga to the Principal of Juba branch, the government had demanded $50,000 from the University as a registration fee to operate in South Sudan.

The document dated January 23rd, 2017, and bearing the signature of Prof. Kateregga directed that the Principal of Kampala University in Juba stop admitting new students from the beginning of that year.

Last week, about 300 South Sudanese students who completed their studies from the Juba-based Kampala University students staged a peaceful protest after they were denied graduation – a decision that has not yet been justified.

They accused Prof. Kateregga, the University Vice Chancellor of what they call a betrayal.

The students said they have been misled into paying their tuition for years at the controversial Kampala University of South Sudan.

The tuition were allegedly paid via the University’s account at the Number One Charter Bank in Uganda.

However, a few days into the graduation ceremony, the VC reportedly made an abrupt announcement that he closed the Juba branch.

In a letter seen by Eye Radio, Prof. Kateregga stated that the operation of Kampala University in Juba was suspended due to a ‘deliberate denial of registration certificate’ by the government of South Sudan.

“Given the quagmire situation, Kampala University College has been operating under for the last one or so years having been deliberately denied registration certificate despite fulfilling all legal requirements of the Republic of South Sudan,” the Vice-Chancellor stated in a letter to the Juba-based branch.

Prof Kateregga pointed out that two senior officials at the Ministry of Higher Education allegedly demanded different figures to be paid by the university.

The Vice-Chancellor blamed Prof. Deng and Prof. Malek for demanding $50,000 for the registration of the University instead of the 120,000 pounds the Vice Chancellor claimed was approved by a Council Resolution.

“However, for Prof. Bol Deng Chol to direct us to pay $50, 000 without quoting a schedule in the Governing Law, specifying and justifying that payment is to us a veiled plot to technically kick out Kampala University from operating in the Sisterly Republic of South Sudan where we are already very popular and welcome,” he said.

VC Kateregga said he recalls that in 2016, Undersecretary Prof. Bol Deng suspended ‘our registration exercise with the Ministry of Education without giving us a satisfactory reason.’

“It was an uphill task to have gotten to where we are now as far as registration is concerned but the frustration from the same office continues unabated,” Prof. Kateregga said.

According to Prof. Kateregga, the suspension was the only option they had.

“We have no alternative left but to suspend our current operations in South Sudan for one academic Semester until the Registration Status of Kampala University College is clearly sorted out and formally legalized,” he said.

“Those interested may be advised to join Kampala. All the current students who have not wish to wait for more than semester are free to join their colleagues in Kampala starting February 6th, 2017.”

Amidst uncertainty, the Juba-based Kampala University students have now filed a court case against the administration in Uganda.

Sarah Akuot, a member of protesting students’ committee said they are calling on the Ugandan High Court to put the graduation on hold until the final verdict is reached.

However, Kampala University is slated to hold its 19th graduation ceremony on Thursday June 23, 2022 at main campus in Ggaba in Kampala Uganda.

A total of 2,415 graduands will be awarded certificates, diplomas, and conferred with Bachelor and Master’s degrees in various programmes, the university vice Chancellor said.

According to Kateregga, 129 graduands are South Sudanese.

Meanwhile, the administration of the Juba branch of the university are yet to comment on the matter.