“I am sorry, I was just a passenger,” says Lafon commissioner on poaching 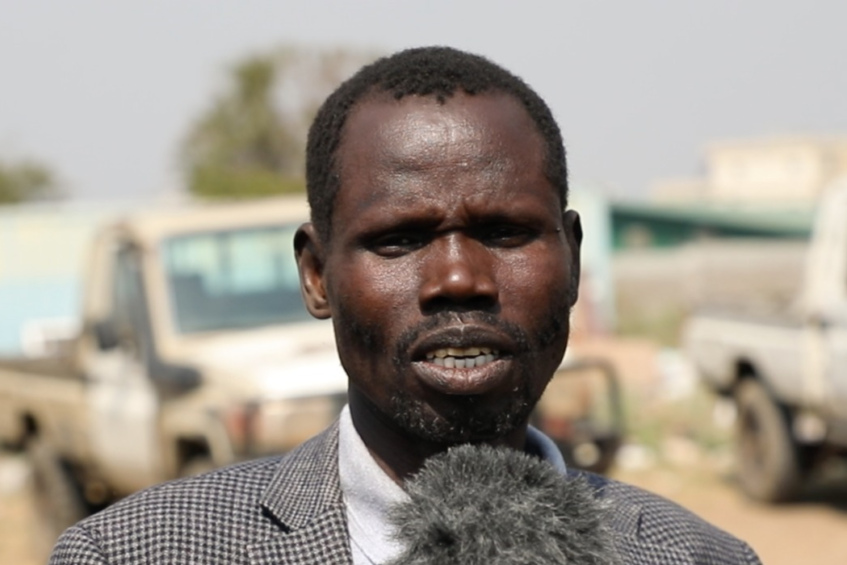 Lafon Commissioner has denied being among 40 suspected poachers arrested in Juba on Monday for possessing bush meat, saying he was just a passenger using public transport.

Commissioner Okach Mangisto Agueri apologized and acknowledged the poaching, describing it as “unfortunate.”

According to the Minister of Wildlife Conservation and Tourism, the arrested were smuggling bush meat from near the Badingilo national park.

The 70-sacks of bush meat were confiscated in four vehicles.

Minister Rizig Zacharia Hassan said the arrest is part of an anti-poaching campaign his ministry launched to protect wildlife species and animals.

He said the suspects will soon be arraigned in court.

The Director General of the wildlife service, Lt. Gen Khamis Adieng said some of the arrested include the commissioner of Lafon County and members of organized forces.

“It is very unfortunate that the Commissioner is Convicted [a suspect] among the others, but it is now the court that will differentiate between the constitutional post holder and the other suspects,” said Lt. Gen. Adieng.

For his part, the commissioner of Lafon says he was just using public transport as a passenger, adding that he regretted poaching activities by members of his community.

“Indeed, it has been a very unfortunate incident that happened on the 21st, and then the 22nd of January 2023,” Commissioner Okach said.

“As a county authority, I need to apologize on behalf of the community in Lafon County, which was involved in this kind of illegal killing [poaching],

“These are the business people. So, we happen to be in one car. But generally, I need to acknowledge and apologize.”

South Sudan has been experiencing poaching in some of the national parks in the country.

The government has on several occasions warned people against killing wild animals.

The minister of Wildlife Conservation and Tourism, Rizig Zachariah Hassan said the suspects whom he termed as agents were apprehended between Mangala – Bandingilo National Park while transporting the meat in Toyota land-cruisers.

He estimated that the confiscated meat could be from at least 110 wild animals – including dozens of antelopes.

South Sudan has six national parks and more than 10 game reserves covering more than 13 percent of the country’s terrain.

The country has more than 300 mammal species and boasts one of Africa’s greatest annual antelope migrations.