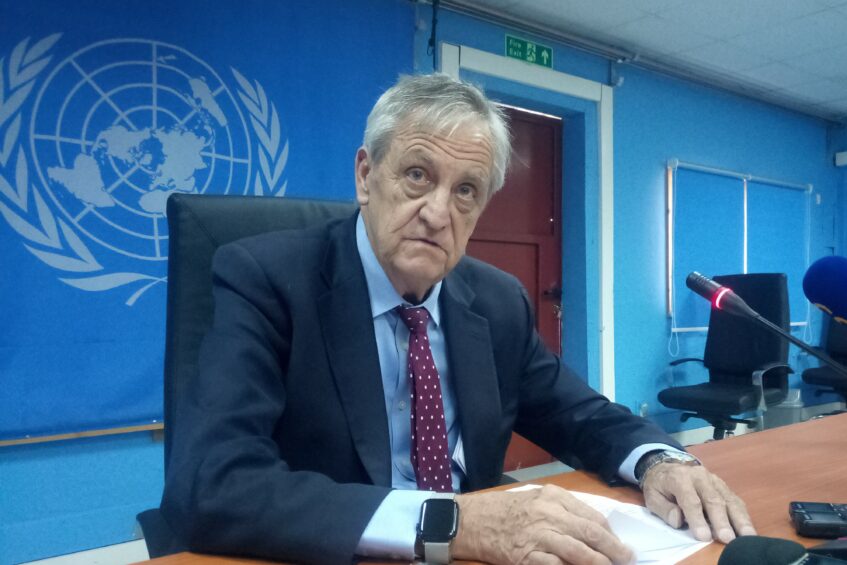 Sub-national violence marked by cycles of cattle raiding, abductions, and revenge killings continues to devastate communities and drive humanitarian needs in the country, the head of the UN mission in South Sudan has said.

Nicholas Haysom said the fighting between SPLA-IO opposition forces and the Kitgwang-Agwelek factions in Upper Nile is concerning.

He said the clashes have displaced thousands of people within Upper Nile, to Jonglei, Unity states, and Sudan – with others fleeing to the Malakal Protection of Civilians site and worsening the already crowded conditions there.

Addressing the UN Security Council on Friday, the UNMISS chief condemned the recent violence in Mayom County of Unity State, as well as the clashes in Rualbet, Warrap State

Both of which Haysom said have caused devastating casualties, including reports of extrajudicial killings.

He said incidents of conflict-related sexual violence are increasing, but it could be effectively addressed if all concerned parties and relevant authorities put a stop to the use of sexual violence as a weapon of choice.

On the humanitarian situation in the country, the UNMISS chief told the Security Council that food security continues to deteriorate in South Sudan with an estimated 8.3 million people in need.

These trends, according to Haysom, are being driven by climatic shocks including floods and droughts, the conflict itself, the economic downturn, protracted displacement, and disrupted livelihoods.

Based on the ongoing humanitarian assessment, he said, flooding and heavy rains have impacted hundreds of thousands of people to date, and access to the people in affected locations remains challenging due to impassable roads, flooded airstrips, and insecurity.

Haysom said humanitarian needs continue to outstrip available funding, requiring the re-programming of resources to respond to the most urgent crises.

He also encouraged donors to continue responding generously to the Humanitarian Response Plan, which is only 44.6 percent funded.

In chapter two of the revitalized peace agreement, the UN chief in South Sudan said the graduation of the necessary unified forces should open the possibility of their deployment to help curtail subnational and inter-communal violence.

He added that the capacity of the government to exercise its preeminent responsibility for the protection of civilians will further expand with the reform of the security sector.

Haysom regarded graduation as the first step in a broader process of security sector transformation, adding that adequate provision of the budgetary resources necessary for the graduated forces, their integration, and deployment remain vital to create a unified army.