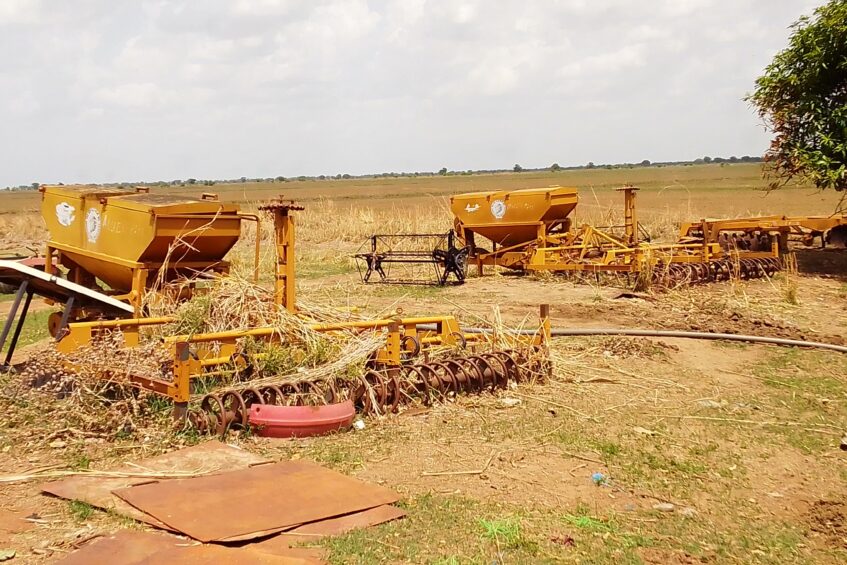 The farmers in Northern Bahr el Ghazal State are calling on both the national and state governments to revive the defunct Aweil rice scheme project.

They said the step will help boost food security in the country.

The Aweil Rice Scheme is a national project established by the Sudanese government in Northern Bahr El Ghazal, during the British rule in the late 1940’s.

It is the biggest rice farm in the country so far, stretching over about 11,000 hectares.

However, since the South Sudan government inherited the scheme by default, the production has been crippled and only 3,000 hectares are being cultivated.

He said factors such as floods, lack of tractors and irrigation system are the major factors hindering the production of rice in the area.

“What has been destroying this rice scheme project here is water, we don’t have the capacity to control it and we cannot even fix this problem. The rice farming is very poor here compared to previous years,” Gar said in an Eye Radio interview.

He also stated that farmers complain of poor management of the scheme by the government and cited a delay in starting the annual cultivation.

“We don’t have generators, we don’t have tractors, and we also don’t have enough seeds. We need both the national and state governments to come here and support us, we are tired here,” he added.

In 2012, the German-based humanitarian agency, GIZ which provided funds for the scheme pulled out, leaving it to be funded by the government.

Farmers in the scheme reportedly take up to a month to harvest three thousand fedans due to the lack of enough workers and tools.

“The project has stalled because of lack of support, we don’t have generators and the irrigation system is destroyed. We want the government to fix this problem, we are in the rainy season but we cannot farm, we are using our hands to cultivate, no machines here,” pleaded another local farmer called Garang Wel.

Wel also called on the government to revive the rice scheme project by providing logistical support.

“The last time we had good harvest of rice was between 2006 to 2008. We farmed last year but it failed because of floods. We need the government and partners to fix the canal and improve the irrigation system so that we can farm in large quantity, this is our appeal.”

The farmers’ union went on to say many of their members left the farming activity due to lack of support and tools to keep the rice scheme going.

In April this year, a team from the national ministry of agriculture visited the project in an attempt to start ploughing the Aweil Rice Scheme.

The delegation including senior officials from the Food and Agriculture Organization, UNMISS and the African Development Bank announced plans to revive the historic scheme.

“Right at this very moment, there are 8.9 million people who are hungry across the country. We must do everything in our power to ensure that this dire scenario changes for the better,” said Deputy UNMISS Chief Ms. Sara Beysolow Nyanti.

There were more than 1,500 rice cooperative farmers in the area.