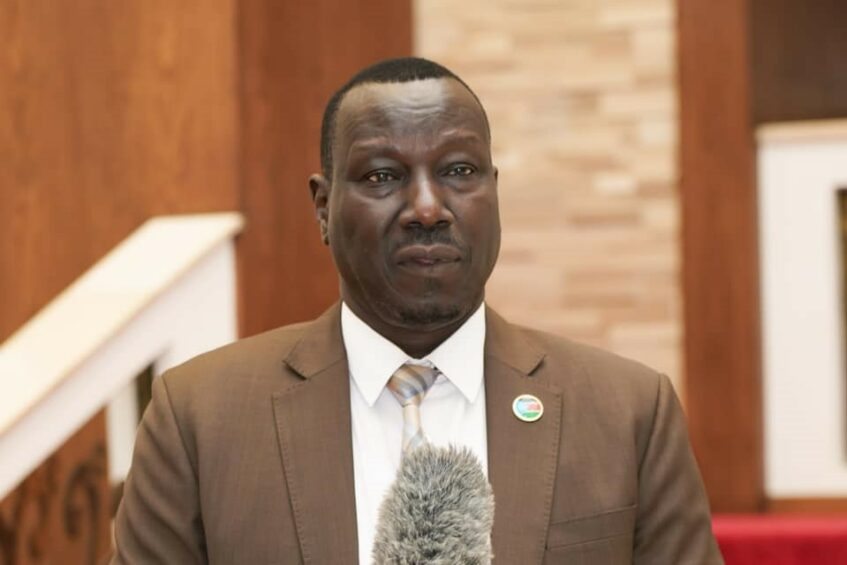 Agak Achuil, the minister of finance and economic planning - Credit | Office of the President | May 11, 2022

The outgoing Minister of Finance and Planning has disclosed South Sudan’s external debts, owed to international financial institutions, at 2.05 billion US dollars.

Bulks of the hard currency was borrowed from around 20 foreign financial institutions.

While presenting the national budget in parliament on Wednesday, former Finance Minister Agak Acuil disclosed for the first time, that the public outstanding debts stand at 2.05 billion in US currency.

The official did not, however, give more details on the country’s debts.

But, according to a document published on the official website of the Ministry of Finance, the creditors include the World Bank, Qatar National Bank, International Monetary Fund and African Development Bank, among others.

Moreover, Juba has borrowed more than 170 million dollars from the International Monetary Fund, which were released in two phases as contingency reserve fund.

This is in addition to the 10 million US dollars also borrowed from the African Development Bank.

The government reportedly spent the loan on Financial Institutions Development, JEDCO power distribution and expansion, among others.

Meanwhile, the former Finance Minister Agak Acuil said the government is pursuing a strategy to ensure that the national debts are maintained at a sustainable cost.

“Madam Speaker, the government’s long term debts management objective will be to raise adequate levels of financing at minimum cost and risk,” he said.

“In addition, we will pursue strategies to ensure that the national public debts is maintained at sustainable level,” Agak told the parliament.