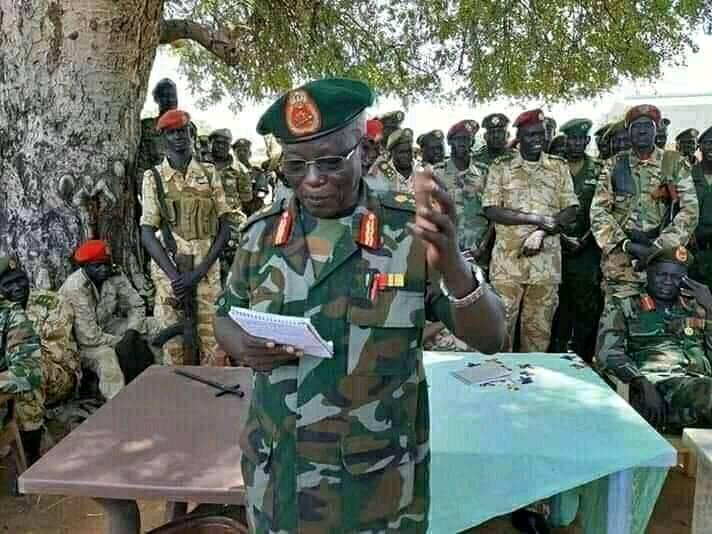 The Chief of Defense Forces has instructed the various armed groups to unite and coordinate efforts to restore security in South Sudan.

He affirmed that the forthcoming reorganization of the armed forces should be embraced so that South Sudan can finally have a single professional army.

According to the revitalized peace agreement, the SSPDF, SPLA-IO and SSOA shall be unified to form one army under one commander-in-chief.

The military structures shall also be unified instead of each force having its own command.

Last week, President Salva Kiir instructed the SPLA-IO and SSOA to submit the names of its nominees to expedite the unification of the command of all forces.

“No one is better than the other…put that in your mind,” General Santino Deng told military officers in Juba on Tuesday. “The task you are going to do requires cooperation among each other. This is what I want to tell you, and I hope it is clear.”

“We want to serve this country until when our time is up so that the next generation of the military will come and take over. We will go and take a rest.”

“You have to cooperate with one another, you are the commanders, starting from the army, the police, the prisons, and the national security. Our work is one, each unit has its mission.”