You are here: Home  |  News | Peace   |   Why Pope Francis will meet Juba IDPs at Freedom Hall

Why Pope Francis will meet Juba IDPs at Freedom Hall 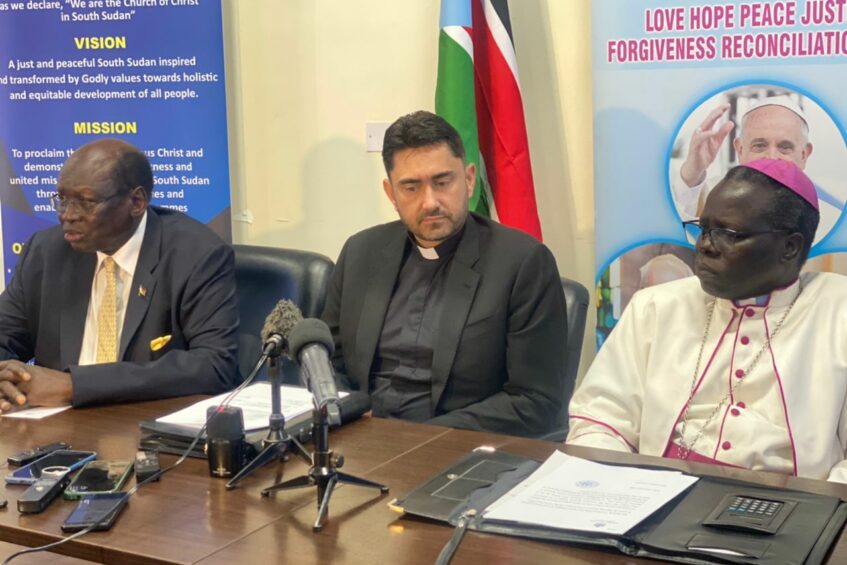 Pope Francis will finally embark on his anticipated peace pilgrimage to South Sudan in two months’ time, but a Vatican official says the Pontiff will not travel to the displacement camps of Juba as scheduled before.

85-year-old Francis and other faith leaders will arrive in Juba on February 3rd to fulfill his postponed Apostolic Journey to the country.

He will be accompanied by the Archbishop of Canterbury and the Moderator of the General Assembly of the Church of Scotland.

According to his previous schedule, the Pope was supposed to visit the displacement camps of Goma, in DR Congo, and the Juba camps.

It was announced in May 2022, that the Pope would drive to the Internally Displaced Persons of Juba on the second day of his visit, before holding a Prayer at the John Garang Mausoleum.

However, there is a change of plan in the second schedule of his South Sudan trip.

The Vatican Charge de Affairs in Juba, Ionut Paul Strejac said on Friday, that the Pope will not be able to visit the internally displaced person’s camps due to his health condition.

“You know that his July visit was postponed because of the health condition. Taking into consideration the health of the holy father, he will not be able to reach the IDP camps,” Paul announced at a press conference in Juba.

The apostolic nunciature of the Vatican says Pope Francis will meet the internally displaced persons of Juba at the Freedom Hall, a large assembly room located near John Garang Mausoleum.

Paul says the arrangement is under the recommendation of his doctors.

He also mentioned that the Vatican team, which came to assess the situation concluded that the pope’s meeting with the internally displaced – should happen at the freedom hall.

“This is just for a health condition. It’s easy to meet them in Freedom Hall and immediately move to the next event which is in John Garang Museum for prayer.”

“This decision was taken by the Vatican team that came to assess the situation  and under the recommendation  of the doctors of the holy father that’s the reason the meeting with  IDPs will take place in freedom hall.”

Pope Francis will be accompanied by three faith leaders to travel to South Sudan that has been underway since 2017.

But the Argentinian suffered a knee problem that confined him to a wheelchair, and his doctor advised against the July trip – prompting its cancellation.