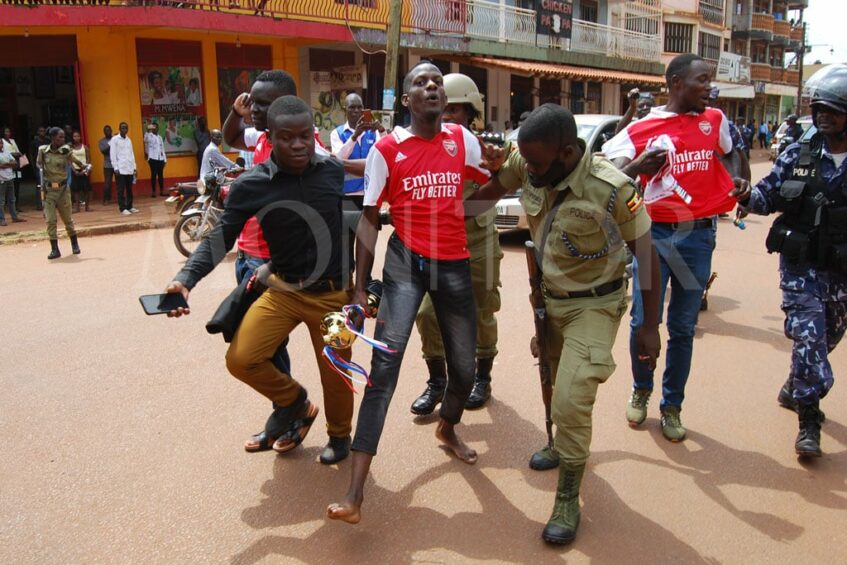 Police in Uganda’s Jinja District have detained at least 20 supporters of English Premier League football side, Arsenal, after the club beat Manchester United 3-2 on Sunday evening.

Eddie Nketiah scored twice to sum up to Bukayo Saka’s goal, ending the thrilling encounter at Emirates Stadium in favor of the Gunners who are currently five points on top of the premier league table.

This was despite goals from Marcus Rashford and Lisandro Martinez, which left Erik ten Hag’s men short of one goal to have the score leveled.

Meanwhile, Uganda police intercepted a group of jubilant Arsenal fans who were driving in a convoy of about five vehicles as they attempted to join Iganga Road from Main Street, according to Daily Monitor newspaper.

“While Police have not commented on the arrest, Baker Kasule, who was part of the group, told this reporter that a police patrol vehicle pulled in front of them and asked each one of them to disembark and climb the patrol car which was destined for Jinja Police Station,” Monitor reports.