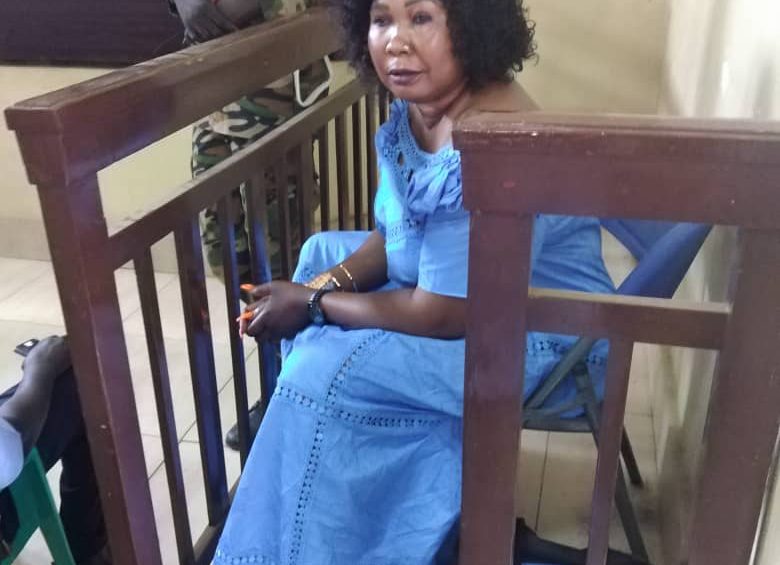 The high court in Juba has formally charged socialite Amira Ali with defamation.

She is now charged with insulting and disparaging the name of the former Warrap state Minister of Information, Nyenagwek Kuol Mareng.

A jury handed over the indictment yesterday Thursday.

An indictment is a formal accusation of a crime decided upon and issued by a grand jury.

Amira Ali or Mama Amira – as she is mostly known on social media – is charged with insulting the family of Nyanaguek early this year.

Amira is fond of using Facebook live to attack various personalities with vulgarity.

The formal charges now signal the beginning of the criminal case.

“The court has confirmed the criminal charges against the accused Amira Ali Thomas under the provision of Article 289 of the Penal Code,” the lawyer said.

“We think the evidence presented for the indictment met the expectations of the court for this indictment. This is what happened.”

“In the coming session, the defense lawyer will have the opportunity to present his legal arguments. What happened today is a big step for us, the complainants. The court indictment could lead to a fine and imprisonment.”

The Penal Code 2008 states that whoever, by words either spoken…makes or publishes any imputation concerning any person, intending to harm or knowing such allegation will harm the reputation of such person…shall be sentenced to imprisonment for a term not exceeding two years or with a fine or with both

The formal hearing of the case against Amira Ali will begin on July 20, 2021, in Juba.