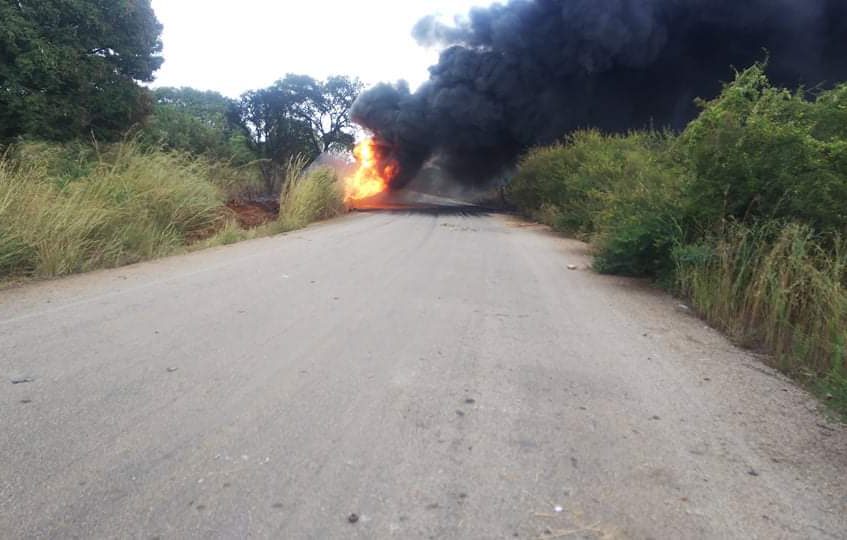 Juba-Nimule highway accident scene where a Toyota Noah mini-bus traveling from Juba to Nimule, collided with a fuel tanker coming to Juba - courtesy

Seven people are confirmed dead and another is critically injured in an ambush along Juba-Nimule highway, Tuesday morning.

A witness recounted that survivors fled into the bushes after unknown gunmen opened fire on a Bonga bus and two Noah taxis along the restive highway.

“Yes, there is serious attack, I was there at the scene. Those armed men just appeared in the middle of the road and start shooting on the vehicles,” he told Eye Radio.

The passenger convoy was traveling from Nimule to Juba, when it got attacked by unidentified armed men at 11: 09 AM.

According to the driver, more than twenty others are missing from the attack at Ame Junction.

Samuel said security forces are at the crime scene.

“Soldiers went there some minutes ago from Moli in Meleh Mountain and this incident happened just 30 minutes ago.”

Samuel told Eye Radio, one of the drivers was among the dead.

The police have not yet commented on the incident.