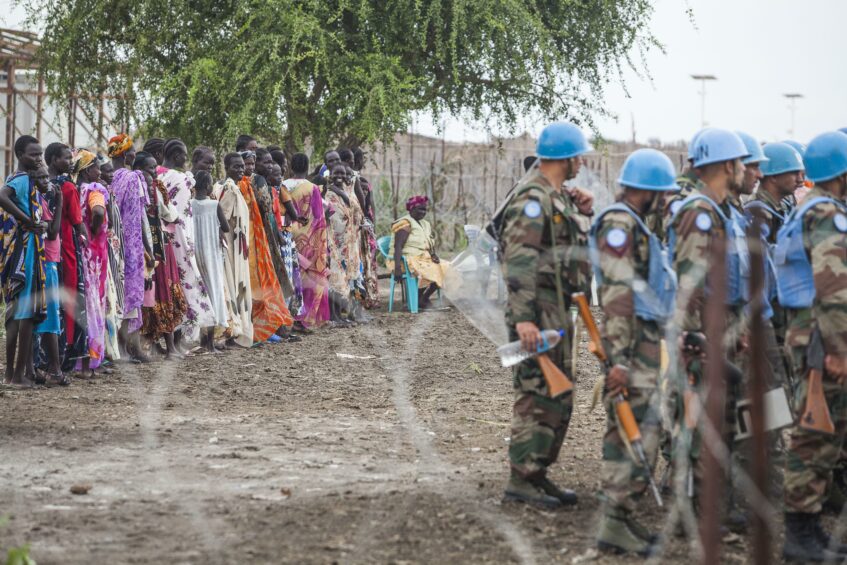 A joint investigation by The New Humanitarian and Al Jazeera has uncovered sexual abuses and exploitation by UN and aid workers at Malakal Protection of Civilian Site in the Upper Nile State.

According to a probe titled “alleged sex abuse by aid workers unchecked for years in UN-run South Sudan camp, the first case emerged in 2015, two years after the civil war.

Published on its website early Thursday, The New Humanitarian quoted Camp residents as saying the UN peacekeepers paid bribes for access to women living at the protection of civilian’s site.

One woman whose name has been withheld in the report said, she became pregnant in 2019 to a local World Food Programme worker.

The International Organization for Migration also told The New Humanitarian that it had received 11 allegations of sexual abuse and exploitation against its workers in Malakal since 2017.

Another woman said she was 15 when a local World Vision worker raped and impregnated her.

Fearful of her future, she said she tried to hang herself before deciding to leave the camp to build a better life.

Although the relationship was consensual, most aid groups, including WFP, ban sexual relationships between aid workers and beneficiaries because of the stark power imbalances.

In the report, Malakal PoC residents said, sexual exploitation, mostly perpetrated by humanitarian workers, was being experienced “on a daily basis.”

It cited, UN and NGO workers rented houses in the camps to have sex with women while the UN peacekeepers were paying bribes to gain access to women.

Camp residents also said three girls had been raped and impregnated by a teacher in 2018 – some schools in the camp are supported by UN agencies and NGOs.

One woman told The New Humanitarian and Al Jazeera she feared for the safety of her 13-year-old daughter, saying that a local Médecins Sans Frontières (MSF) staff security guard tried to rape the teen in October 2021.

Although the UN and most international NGOs ban sexual relationships with aid beneficiaries, several local aid workers, who spoke to The New Humanitarian on condition of anonymity, said they should be allowed to have relationships with women in the camp.

Some said it was one of the only ways to find a wife and start a family.

By 2018, alarms were sounded that the overcrowded camp was particularly risky for women and girls, in part due to aid workers having “inadequate knowledge of policies and procedures”, according to a planning document for the UN-led task force.

Although aid officials have often fired workers if sexual abuse cases are found to be substantiated, referring cases like rape for criminal prosecution is more difficult.

According to a UN database, since 2016, the UN has referred only two cases to South Sudan’s government.

The UN peacekeeping mission in South Sudan opened its bases to more than 200,000 people at the onset of the war in 2013.

This is considered to be an unprecedented move in the history of UN peacekeeping missions that was credited with saving thousands of lives.