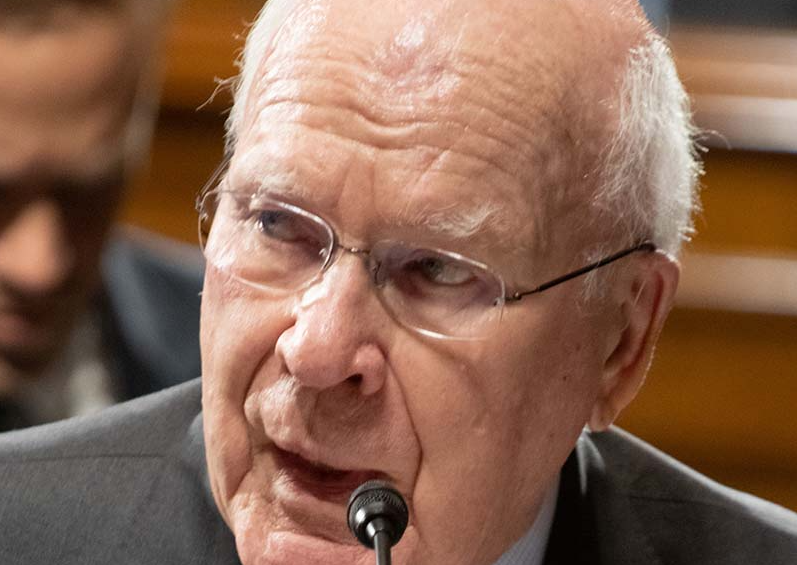 President Salva Kiir and First Vice President, Dr. Riek Machar have failed the people of South Sudan by refusing to implement the 2018 peace deal, a U.S Senator has said.

Patrick Leahy, a senior US lawmaker said Kiir and Machar have no intention to implement peace he described as a dead end.

In a statement, Senator Leahy strongly criticized the recent extension of the transitional period by 24 months as “unpopular authoritarian rule without the consent of the people.”

According to the senator, the leaders sought to ‘illegitimately to evade elections and extend their stay in office illegitimately, even though the peace agreement mandated that elections be held this December.’

He called on the regional and international community to stop supporting what he termed a ‘failed’ peace agreement.

The U.S lawmaker also urged the IGAD governments, particularly President Yoweri Museveni and President Uhuru Kenya, and the other regional leaders, to accept the fact that Kiir and Machar have sabotaged the peace agreement.

The outspoken senator stated that the time has come to do what is needed to help the South Sudanese people get back on a path to achieve their democratic aspirations and freedoms.

“I urge the European Union and Intergovernmental Authority for Development (IGAD) countries to take similar action. There is no point in admonishing two failed leaders to implement a peace agreement they have no intention of implementing. That is not a policy. It is a dead end,” Senator Leahy said.

“I also urge the IGAD governments, particularly President Museveni of Uganda and President Uhuru Kenya of Kenya, and the other regional leaders, to face the fact that the Revitalized Agreement on the Resolution of Conflict in South Sudan (R-ARCSS) they helped mediate has been sabotaged by South Sudan’s leaders,

“The time has come to do what is needed to help the South Sudanese people get back on a path to achieve their democratic aspirations and freedoms.”

The lawmaker said the leaders did not use their power to bring stability and alleviate the widespread suffering that has continued to be worsened by economic hardships.

The U.S Senator also blamed the current economic situation in the country on Kiir and Machar, saying the two have done little to improve the situation.

In January this year, the same lawmaker called for the two leaders to step down saying they had fueled tensions and allegedly mobilized support along ethnic lines.

Leahy commended recent steps by the State Department to recognize the fallacy of continuing to support a failed peace agreement that South Sudan’s own leaders do not support.