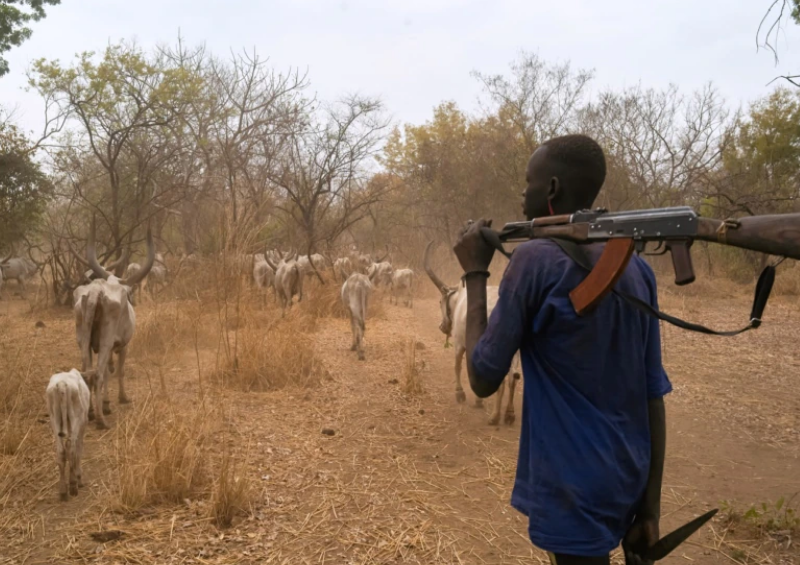 A herder and 400 head of cattle were shot dead by gunmen who invaded a cattle camp between Koda and Rokon payams of Juba County, a local chief has said.

The incident at around 5 AM in Kare-na-keret cattle camp on Friday.

Gabriel Majur who is the local chief of the cattle keepers at the Kare-na-keret camp area said scores of herds of cattle were also killed in the attack.

“These people launched an attack earlier morning around 5 AM where they killed one person and wounded six who are currently nursing at the hospital,” Majur said.

“I had also gone to bring one young girl who was stranded in the bush, and I discovered that 400 herds of cattle were killed. And the wounded who had died from behind is what I don’t know.”

On his part, James Manyang, a representative of the camp residents accuses the opposition – National Salvation Front of being behind the attack.

In response, NAS spokesperson Suba Samuel, refuted the allegation, saying the armed group does not have a presence in Koda.

“I have not heard about this, and I do not think our forces are even in Koda. These days you know these inter-tribal conflicts have issues to do with cattle camps. NAS does not have interest in all these kinds of things,” said Suba.