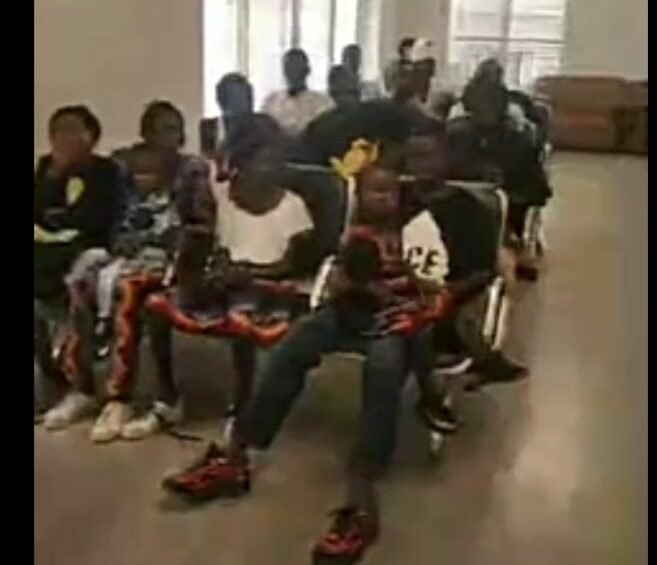 More than 20 South Sudanese migrants stranded in Egypt have been flown home from Cairo to Juba over the weekend, according to the state-owned TV -SSBC.

The migrants including children, women, and men were previously arrested at the border town of Aswan, South Egypt.

They were released from detention and taken to the South Sudan Embassy early this month.

More than 20 of them have already been repatriated to Juba after the First Lady Mary Ayen Mayardit paid for their tickets.

The rest are expected to arrive in Juba in coming days.

Speaking to the state television SSBC on Friday, Mary Ayen said she is willing to repatriate the South Sudan nationals back home.

Some of deportees, who spoke to the media expressed their joy during the Event.

“I cannot describe to you how happy we are, because we went through a very difficult experience. We thank God for answering our prayers and the First Lady for her help because in this ordeal we had no hope of getting out of prison.”

“We stayed in prison with criminals in bad conditions Because we had no documents. We had one meal a day. We thank those who contributed to bringing us back to the country, especially the first lady.”