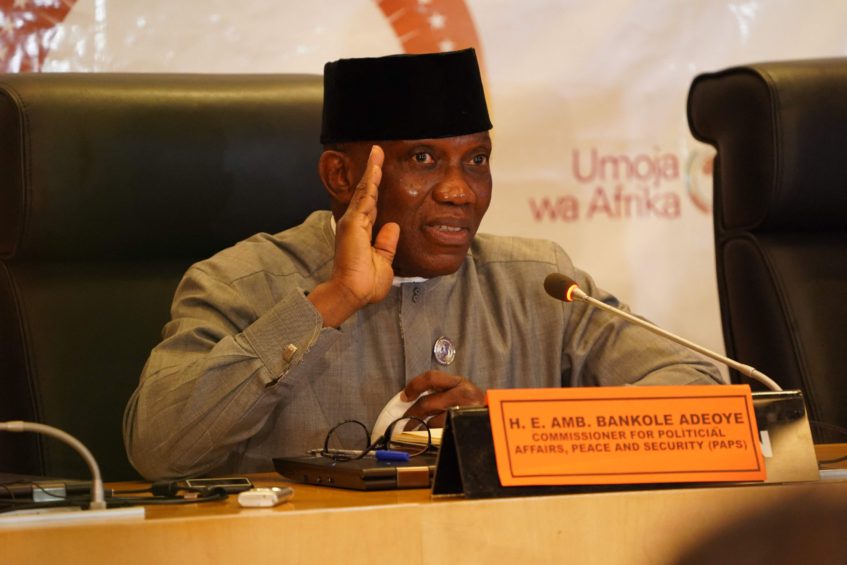 The African Union on Sunday condemned recent military takeovers and attempted coups across the continent.

In the past 18 months, military leaders have toppled the governments of Mali, Chad, Guinea, Sudan and recently Burkina Faso.

This year, there has been a military takeover in Burkina Faso and a recent failed coup attempt in Guinea Bissau.

Media reports suggested that 2021 witnessed a higher number of coups in Africa compared to previous years.

With Burkina Faso in West Africa having the most successful coups, with eight takeovers and only one failed coup.

While neighboring Sudan has had the most coups and attempted takeovers amounting to 17.  Six of them succeeded.

Ambassador Bankole Adeoye, the AU Commissioner for Political Affairs, Peace and Security says the resurgence of coups in Africa is alarming and should be discouraged.

He was speaking during a press briefing on Governance, Peace and Security on the sideline of the 35th ordinary Session of the AU Assembly in Addis Ababa, Ethiopia on Sunday.

“Any military intervention in governance is misplaced, is ill-advised and will be totally considered unacceptable and not tolerated by the leadership of the African Union heads of state and government,” Adeoye said.

“This is incontrovertible and the key message you should take away from this is that the African Union will not in any way justify whatever the motivation military takeover of the governance structure of any of our 55 member states.”

Coup is an illegal or an attempt by the military or civilian officials to overthrow a sitting government.

BBC quoted two US researchers Clayton Thyne and Jonathan Powell as saying over 200 coup attempts have been recorded in Africa since 1950s.