You are here: Home  |  Justice | News | States   |   Activist condemns Mathok for “taking law into his own hands”

Activist condemns Mathok for “taking law into his own hands” 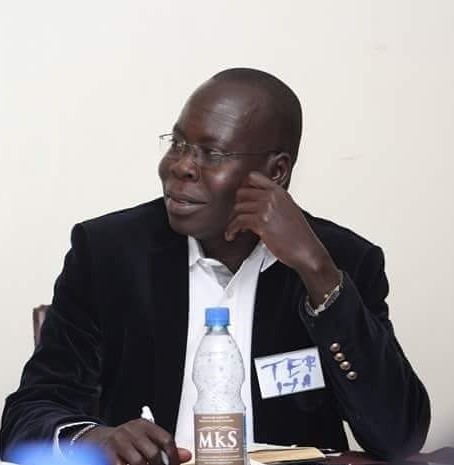 Ter Manyang, the Executive Director of the Juba-based Center for Peace and Advocacy or CPA - COURTESY

An activist has condemned the burning of a Seventh-day Adventist church last week in Gogrial East, Warrap State.

On Sunday, a religious leader said unknown people set the house of worship ablaze on Thursday.

Pastor Daniel Marach who is the Church’s Director for Public Affairs in Greater Bahr el Ghazal believes their ‘serious teaching’ which contradicts some cultures of the local people could be the reason the church was targeted.

A lawmaker at the national parliament admitted to burning the church in Gogrial East County, Warrap State.

Salva Mathok, a former Deputy Minister of Interior said he took the decision last week, claiming that the place of worship has been turned into a prostitution center.

In response, Ter Manyang Gatwech, the Executive Director of the Center for Peace and Advocacy Organization said the act is illegal according to the law.

“Article 8 of the Transitional Constitution of the Republic of South Sudan 2012 as amended protect all the people in the country legally to have a right to freedom of religion or religious beliefs,” Manyang said.

“We are just wondering where the honorable (Salva Mathok) got the powers to order the burning of the Seventh-Day Adventist church. We are really concerned about this as an organization because the honorable member cannot just take the law into his own hand.”

The activist said there should have been a dialogue, rather than burning the church without giving a chance to the Seventh Day Adventists to have a say.

“You know there is always a dialogue if the Seventh Day Adventists are doing what he terms as immoral is supposed to have a dialogue so that he will also listen from them.”

Meanwhile, the government of Warrap State says it has formed a committee to investigate the burning of a Seventh-day Adventist church in Gogrial East at the weekend.

The state minister of information William Wol Mayom says the committee led by the Minister of Gender and Social welfare is tasked to find out the root cause of the incident.