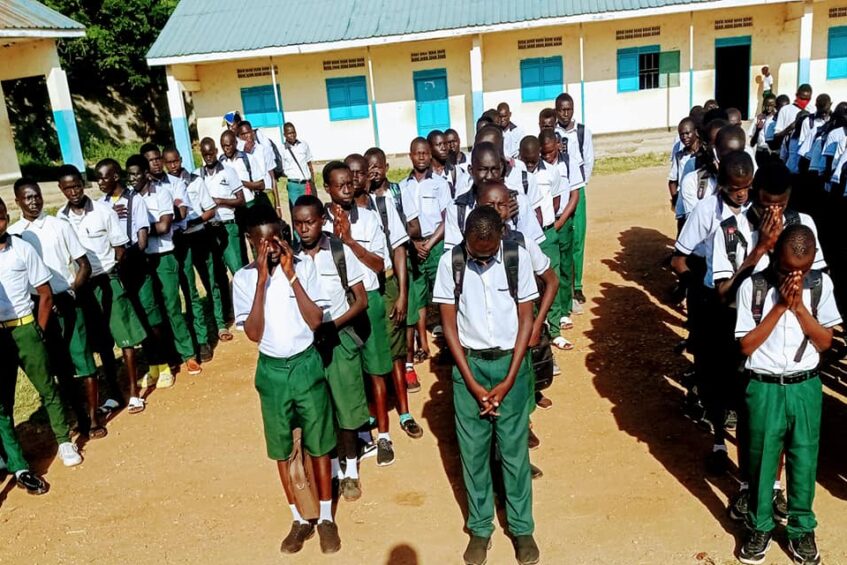 The Minister of General Education and Instruction has warned of consequences against business people – reportedly building shops on Juba One Boys Primary and Secondary school premises.

Awut Deng Achuil said in a press statement on Monday that some unknown individuals have demolished a section of the Juba One school fence and built shops closer to the classrooms.

Minister Awut also said another person has erected a story building at a playground within the school premises.

During a visit to the schools in Juba, Awut said the school environment has been squeezed by encroaching businesses and called on the governor of Central Equatoria State to intervene on the matter.

“The school environment is totally different from the business environment. I have come here to realize that the place was broken, and they are building six shops. They broke the fence of the school adjacent to the classes, which means even the students will not concentrate in the class,” Awut said.

“It is a concrete fence and the fence is actually meant for the safety of the students and the teachers. And then you will have so many businesses going on interrupting the learning in the school.”

Addressing reporters in a two-minute video clip on Monday, the minister added: “It is very unfortunate that we the people of South Sudan do not value education anymore. There are so many empty places outside there. I don’t know why schools are now being turned into business centers.

She the government will reclaim all lands taken by business entities and called on the government of Central Equatoria to take measures on the issue.