A nun killed along Nimule road 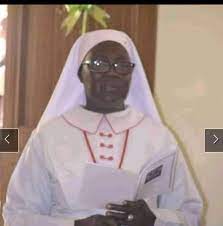 A reverend sister has been killed in an attack on passenger vehicles along the Nimule-Juba highway on Monday morning.

Armed men fired on a Rosa bus and a Noah van that were following each other.

The deceased identified as Sister Mary was shot dead in the Noah van, while passengers, who were in the Rosa bus, fled to the nearby bushes.

Eastern Equatoria state governor and security forces visited the scene where the Noah van was also burnt to ashes.

Aliandro Lotok is the Press Secretary in the Office of the state governor.

He said some of the passengers were returning to Juba from the centenary celebrations that just concluded at Our Lady of Assumption Parish, Loa.

“When we reached a village called Kubi, we found one vehicle burnt completely and a catholic sister who was returning from Loa was shot dead,” he confirmed.

The nun has been identified as Sister Mary Abbud. She was 68 years old.

“It is really sad and we condemned it as a government,” Aliandro added.

Eyewitnesses say two men in uniform were shot dead in the same attack.

An unconfirmed number of people have also been wounded.

Mr. Lotok said the security forces were pursuing the attackers.

“The security forces; the Tiger division, the National Security, the police and the military intelligence are currently combing the area to evict these criminals from that area.”

Some suspects have reportedly been arrested.

As of this afternoon, a video surfaced online showing security officers leading two suspects into the bushes to point out the whereabouts of other criminals.

There have been several deadly attacks on travelers since 2016.

Early this year, the army said it deployed more soldiers along the Juba-Nimule Road.

The reinstated security escort for passenger vehicles. But it is believed most of the motorists prefer to drive on their own.