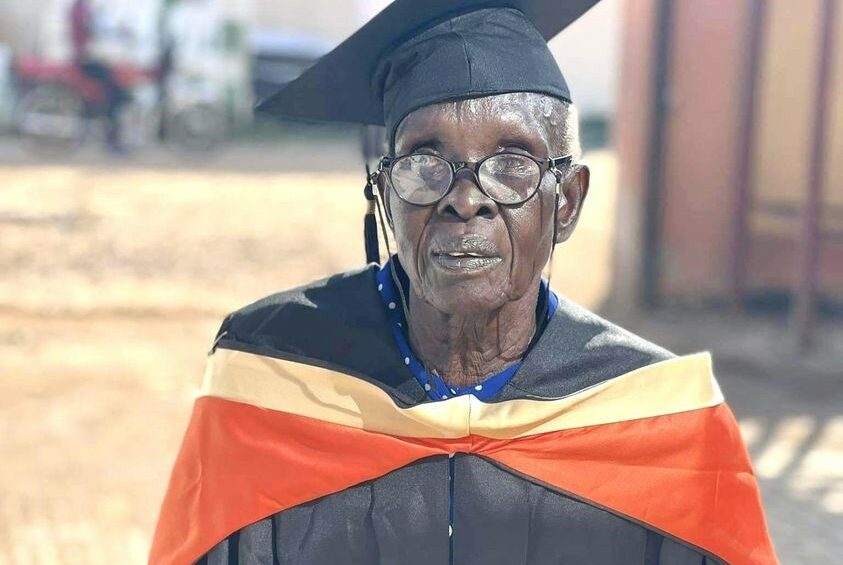 A member of the national parliament graduated from the University of Juba on Saturday at the age of 78, becoming the second oldest female student to graduate since 2018.

Lawmaker Victoria Adhar Arop, also a founding member of the Red Army Foundation has earned a bachelor’s degree in the School of Public Administration and Management.

This is after a long academic struggle coupled with old age and official responsibilities.

Adhar is the second oldest woman to graduate at the university following the 2018 graduation of 86-year-old Rebecca Agoth from the College of Art and Humanity.

Speaking live on the state-owned television – SSBC, Hon. Adhar urged people to take education seriously in their lives – adding that there is no age limit in learning.

“I learned and showed other people that education has no age limit. Also, there is honor and respect when you are educated.”

She added: “Like now am always being saluted even by the assembly.”

Adhar was nominated to become a member of parliament in 2005 and was subsequently elected in 2010.

According to her, one thing that was as much a hindrance as a help, was the constant criticism that she receives from her fellow MPs.

“Whenever I read people’s emotion at the assembly, they say this old woman like to talk, interrupting people when she is not even well educated. So this is the very reason why I went to school.”

She said the constant jeers and rebuking when she tries to raise a point of concern in parliament, has motivated her to continue with her studies.

Victoria Adhar started her education earlier in the 1950s, but she dropped out from primary three.

She later rejoined in the 1970s and skipped some classes at intermediate level to sit for the Sudan Senior Secondary Education.

Adhar is the mother of politician Agel Ring Machar and the Director for the Miss World South Sudan Beauty Pageant, Nyanut Ring Machar.

This year, the University of Juba has graduated more than three thousand students from various faculties.