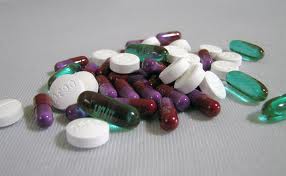 The Anti-narcotic department in the Ministry of Interior says over 300 people are facing charges of dealing in drug substances in the country.

The deputy Director of the department said some of the suspects are on trial while others have already been sentenced for drug related crimes.

Major Hakim Ajak told Eye Radio’s Dawn Program that most of them have been accused of smuggling drugs.

“We had almost 218 cases last year, and we also have 387 suspects. We arrested them and after the completion of our investigations, we took them to the court and the court convicted some of them,” said Maj Hakim.

“Some of them have been released because the evidence is not enough.”

He said some of those arrested are serving up to 14 years in prison as per the Criminal Code laws on narcotics.

Some of them will be in prison until they complete their prison term, while others have been told to pay fines. The prison terms vary from person to another -according to the charges.”

Major Hakim Ajak said the anti-narcotic department is carrying out awareness campaigns in schools on harmful drugs as a way of reducing abuse in the country.