You are here: Home  |  COVID-19 | Education | News   |   Teen rejected by parents over pregnancy, begs for forgiveness

Teen rejected by parents over pregnancy, begs for forgiveness 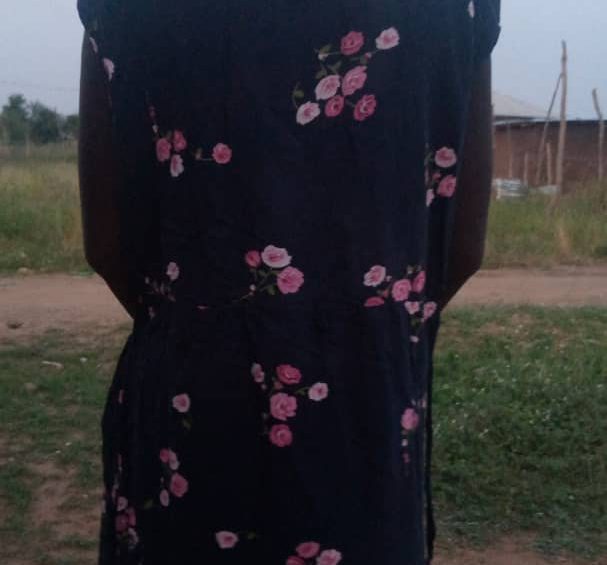 Nancy, 16-year-old teenager who was rejected by her parents after getting pregnant - CREDIT: Margaret Nyanajiek/Unicef's Child reporter

A 16-year-old mother abandoned by her parents for conceiving at an early age is asking her family for forgiveness, and begged to take her back.

The teenager mother only identified with a single name, Nancy, is a mother of a two-month-old baby, who conceived for a man during the second covid-19 lock-down early 2021.

The incident angered her parents who then chased her from home saying she was a disgrace to the family.

According to Nancy, her other relatives have also despised her and she has nowhere to go.

She explained her ordeal to Eye Radio’s Unicef Child reporter.

“My family told me that I will be the one to take care of my child. They do not want me anymore and the man who pregnant me does not have a job, and now I have no place to live and food to eat,” Nancy said.

Nancy conceived her baby when she was in primary 4.

Admitting her wrong doing, Nancy wants her parents to give her a second chance, saying she has learnt from her mistakes.

“Now, I have no support, I really need help from everyone. I wish I could listen to my family before this happens. Getting pregnant at an early age is not good and I am now asking for help.”

Reacting to Nancy’s trouble, the Executive Director of Screen of Rights, Reech Malual said it was a mistake for the parents to expel their daughter from home.

The rights advocate says such punishment to an indolent girl is wrong.

Reech Malual calls on parents to support their daughters and not to expel them when they go wrong, saying mistakes are common with adolescents.

“Mistakes are mistakes, young men can also make the same mistakes and we do not chase them away. The same treatment should be given to our daughters,” Reech asked.

“Our daughters will still remain our daughters, whether we chase them from the house because of their mistakes or not. We need our children to also learn from their mistakes, and go ahead with their life.

“The mistake is never final the is always expect way you will get up, and make sure you correct yourself, you can since live normal like anybody less is living.”

Alternatively, advocate Malual asked Nancy’s parents to take her back.

“If she wants her family to be taken to the court and the court with the issue and order unity here with the family, is okay,” Reech said.

“Of course, the law will be in the position of the family because that is their child who made a mistake that happened. But they have to welcome her back.”

A 2020-survey by Doctors With Africa, indicated that teenage pregnancy is a major challenge affecting the health of girls and young women.

It also says it affects their social, economic and political empowerment.

According to CUAM’s national Household and Health Survey, one-third of the 15 to 19-years-old girls in the country started childbearing.

Recent study on teenage pregnancy in Juba revealed that, factors contributing to teenage pregnancy include: lack of school fees, lack of parental care, communication and supervision, poverty, peer pressure, and non-use of contraceptives, among others.

In her message, Nancy appealed to girls not to fall in a similar trap in order to continue with their education, and warned them against the dangers of early pregnancy.

“My last message to the girls of South Sudan is that early marriage has no happiness, but a lot of problems.”

“All the girls should listen to their parents to finish their education. We should stop early marriage, because it’s hardened our lives. You should finish your school first.”