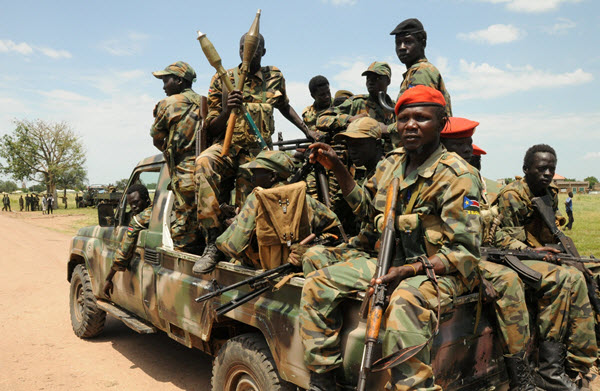 An SSPDF vehicle carrying forces during one of its missions. Photo credit: Courtesy

Government forces and SPLM-IO are responsible for 38% of conflict-related casualties in the second quarter of this year 2022, the UN Mission in South Sudan has said.

In a statement seen by Eye Radio, the UNMISS stated that the Government forces and the SPLM-IO are relying on allied militias to engage in conflict.

The report also revealed that cases of conflict-related sexual violence are emerging, despite an overall decrease in the number of civilians affected by violence across the country.

The latest Human Rights report released by UNMISS covers the second quarter of this year 2022.

However, it recorded 922 civilian casualties, which is a 15 percent decrease in victims compared with the same period in 2021.

“The exponential surge in sexual and gender-based violence is completely unacceptable, impacting most severely on the women and girls. UNMISS said this violence that divides communities and hampers reconciliation needs to end,” said Special Representative of the Secretary-General, Nicholas Haysom.

UNMISS is supporting the authorities to ensure accountability and access to justice for survivors and victims, through a range of special and mobile courts such as the adjudication of rape trials through a General Court Martial process in Yei, Central Equatoria State.

As was the case in the first quarter of 2022, inter-communal conflict continued to be the primary source of civilian harm accounting for 60 percent of civilian casualties.

One clear example is the case in southern Unity State, where violence resulted in about a third of civilian casualties in the reporting period.

UNMISS urges the Government of South Sudan to swiftly investigate human rights violations and abuses and to hold perpetrators to account.

With just a few months remaining in the transition, the Mission calls for the full implementation of the revitalized peace agreement to enable the security sector to carry out the Government’s primary responsibility to protect civilians.