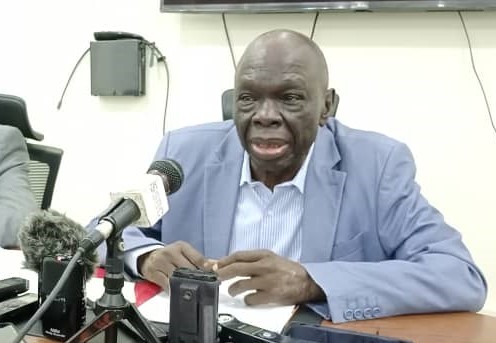 Five schools in Sherikat in Rajaf Payam are among some of the schools accused by the government of enrolling students before primary leaving examination results were announced, the deputy minister of general education has said.

This came after the ministry learned that some secondary schools admitted students to senior 1 prior to the release of the PLE results.

According to the Deputy Minister of General Education and Instruction, Martin Tako, the government will take punitive action against schools.

South Sudan Certificate of Primary Education Examinations kicked off in February this year, but the result was not released in time, a delay they attributed to the late release of funds to run the process.

The delay in the release of the results attracted questions from members of the public on the late enrolment of the senior student.

It’s not clear if there have been reports from several other states with the same practice but the ministry urges the state ministries of education to ensure no school practices the same.

However last month, the national ministry announced the results and sent them to schools across the states.

Addressing Journalists on Tuesday in Juba, Deputy Minister Martin Tako said promoting pupils from primary to secondary school without passing PLE is proscribed by law and urges the schools to desist from the practice.

“We don’t want to give them the chance for them to mushroom a lot of schools without the school authorities knowing it. Why do you accept students in the first year without certificates? asked Tako.

“We have two schools under Luri Payam, one is Juba Diplomatic Secondary School and one is St Lawrence Secondary School in Hai Referendum and this one has registered one hundred and five students in one class.”

The Deputy Minister warned that the government will undertake punitive measures against schools that have been recorded to have admitted students before the PLE results.

“We will request them to register if they have not registered and the school administration will be held responsible as to why they registered students of their own without certificates,” Tako said.

“They will be penalized while the schools continue, the school continues but if they have not registered and they have no license, then the school may be suspended until they register.”

Tako pledges to pay an announced visit to inspect the schools to shun the enrolment of students without results.