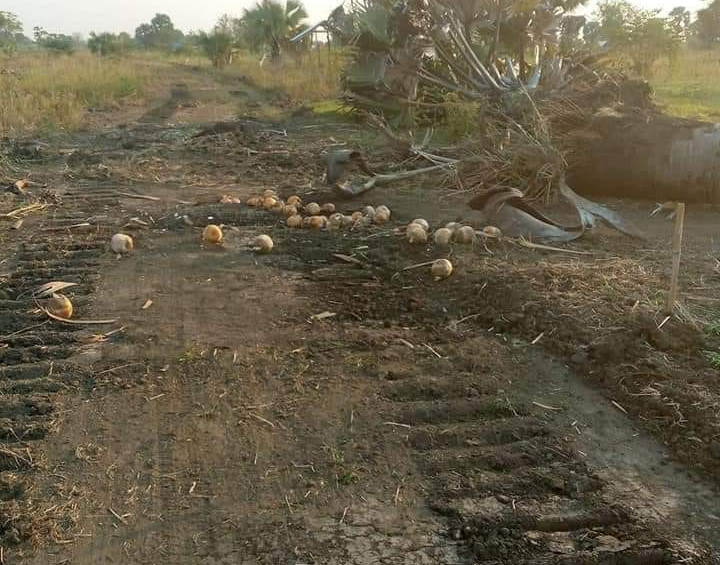 Soldiers who resort to grab land instead of protecting the natives of Garbo village, east of the Nile River, have been removed from the area, the local Chief has said.

The forces were also required to ensure that the illegal and forceful demarcation in the area ceased.

But the community there complained that the soldiers instead took sides and became involved in the unauthorized land demarcation.

However, Garbo Chief Luka Wani said the soldiers were yesterday pulled out from the area.

It’s not clear who directed the withdrawal of the soldiers.

But this came two days after the Vice President for Economic Cluster, Dr James Wani, met with President Salva Kiir and Governor Emmanuel Adil over the matter on Friday.

Chief Wani confirms to Eye Radio the removal of the soldiers from the area this afternoon.

“The soldiers who were deployed under that tree are the ones that have been taken. The reason is, the soldiers have become part of those land grabbers,” Chief Wani said.

“They were told to provide security in the area to stop further land demarcation in the area, but in the end, they were guarding the grabbers.”

On Friday, governor Adil said another armed force would be deployed in locations where illegal demarcation had been taking place around Juba.

The deployment, he said, would be extended to areas such as Kor-Wilyang, Rajaf, Kemiru, Gumbo, Tokiman, Loggo East and West, Gorom, and Somba where illegal land allotment has been rampant.

The move, Emmanuel Adil Anthony said, was to prevent land-related conflicts in areas he described as hotspots, particularly at Garbo village east of the capital.