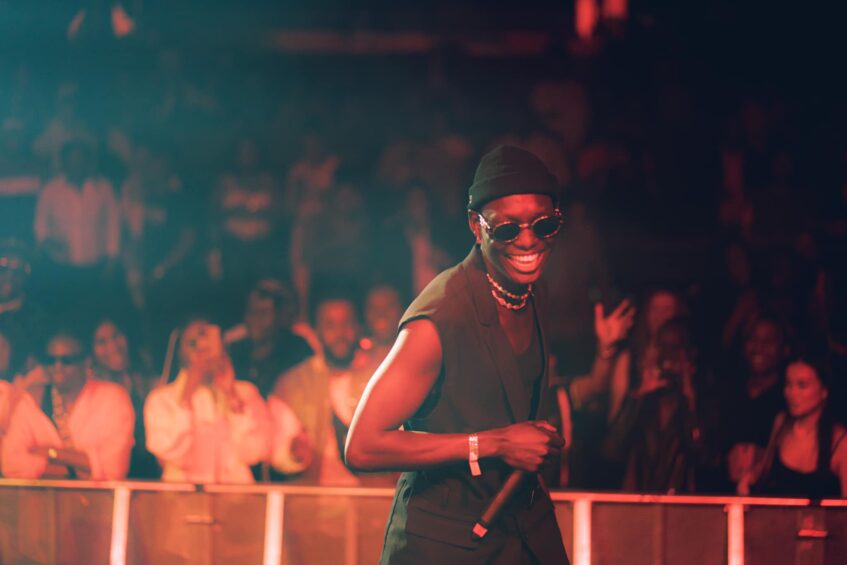 Australia-based South Sudanese artiste Slate Nation has embarked on a scheme to reward his top social media fans, and says he has so far spent about 3 million South Sudanese pounds in what he terms as “Give Away Project.”

The dance-hall artiste, who has one of the most Facebook following of 556,000 people, says he is appreciating the people behind his musical success.

“I want to shout out to my fans outside there for following my contents and page. I started this as a joke before I got inspired by the positive feedback from the people, especially young people who couldn’t afford credits, lunch and so forth,” he said.

According to him, those fans who have earned the Facebook-configured Top Fan barge do receive 5,000 pounds, while those who have the Top Commenter barge receive 10,000 pounds.

“I started with the first 30 fans and the idea emerged to more. This project also would give the young people a chance to come together via online interactions and one won’t think of going to do bad thing,” he stated.

It is not clear how many fans have received the mobile money. He said the project is to attract more following on his social media pages.

Slate Nation, whose other stage names are Junubin Star Boy, started his music career in 2007 as a choir member in Don Bosco Missionary School Tonj.

In 2010, he formed a music group called T.E.C Hiroz, recording their first song “Come Back Home” a song campaigning for South Sudanese refugees to return back.

He was then awarded fans’ choice, best collaboration, best video and best song among others. Others are best dance-hall artiste of the year and people’s choice of the year.

He left the country in December 2018, and settled in Melbourne, Australia, where he is currently pursuing his music career.