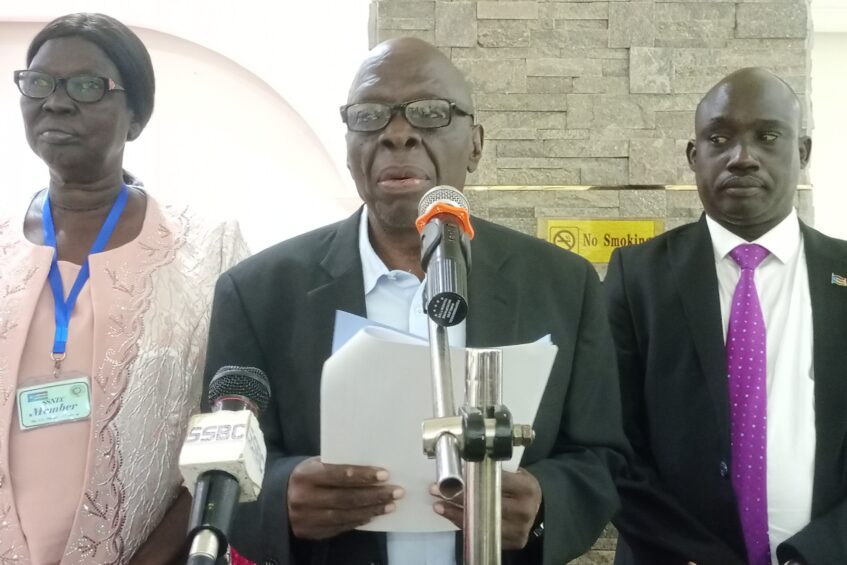 The National Examination Council has on Friday released the results of the 2021 Primary Leaving Exams with one Juba-based female candidate emerging among the best ten performers from Jonglei State.

According to the council, 49,541 pupils sat for the February 2022 examinations, out of 54,361 candidates who had registered for nation-wide papers.

This year, the best ten positions have been shared among fifteen candidates, all of whom completed from private schools mainly in Jonglei State.

Alfa Junior Nursery and Primary School, and St Andrew – both in Jonglei State, have dominated the list of best performed candidates.

The only female candidate, Anyango Jenifer of the Royal Star Academy in Central Equatoria made in the top ten list.

The two are followed by Tong Mabior Lueth from Alfa Junior Nursery and Primary School, Malier Alier Malier from the same school and Gai Bol Biel from St Andrew with 477, 476 and 475 marks respectively.

“The answer is straight forward, the private schools pay better, they have better facilities than public schools”, said Martin Tako, the Deputy Minister of the Ministry of General Education and Instruction who announced the results.

Unity State bottomed the table after Western Equatoria State and Eastern Equatoria states, but they are not as badly off as Abyei and Rwweng administrative areas.

According to NEC, this year’s overall performance is rated at 89-point 3 percent.