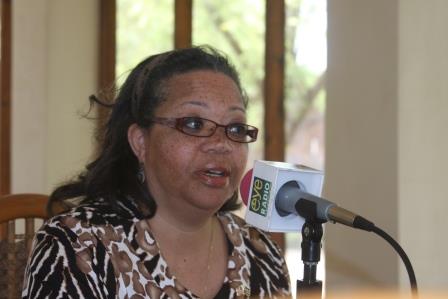 The US Ambassador to South Sudan has commended the signing of a peace agreement between the government and David Yau Yau’s group.

Ambassador Susan Page told Eye Radio that the agreement is a step towards peace in Jonglei state.

“We do believe that this is part of the larger picture of stopping the over-all violence and hoping that this will also play a role in the cessation of hostilities agreement just recently signed between President Salva Kiir Mayardiit and Dr. Riek Machar and the opposition group that will lead to a broader process of restructuring of the government of South Sudan and leading to peaceful solution to get South Sudan out of the deadly conflict that is destroying the fabric of the nation,” she said.

“We applaud the government and the SSDM/SSDA Cobra faction for demonstrating that you can sign achievements that hopefully will be implemented through the negotiating table and not through the barrel of the gun. So we are very pleased.”