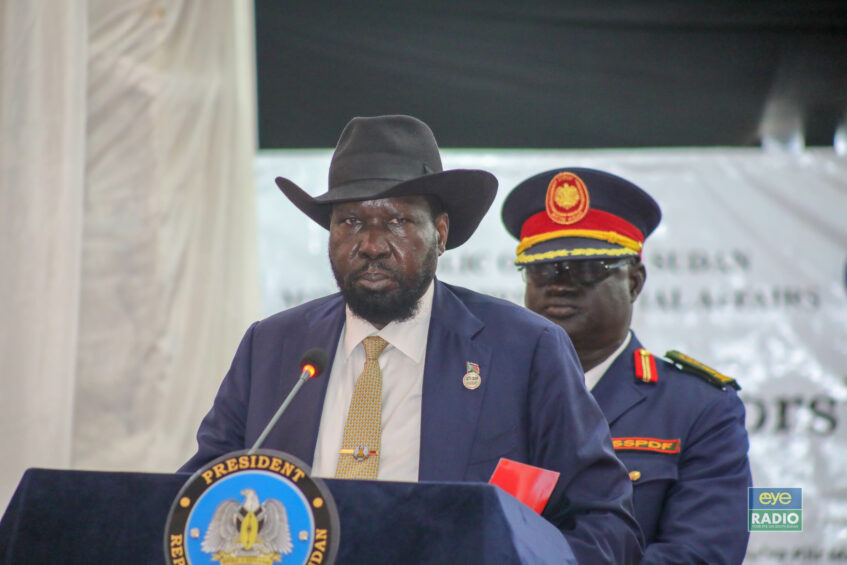 President Salva Kiir has appealed to development partners to work closely with the government in transitioning the country from conflict situation to peace, reconciliation and healing.

While opening the 6th Governors’ Forum on Tuesday, Kiir said the government need the support of regional and international partners, saying it cannot achieve the alone.

“The task of reconciling the people, rebuilding destroyed communities and transitioning our people out of conflict cycle need resources,” Kiir said while opening the 6th Governors’ Forum on Tuesday.

He added: “We cannot do these things alone, we need our partners to support us.”

More than 2.3 million South Sudanese refugees are displaced to the neighbouring countries in the region, while an estimated 2.2 million people are internally displaced within the country, the agency indicated as of October 2022.

The aftermath of a seven-year civil war, coupled with a devastating flooding and the global economic crisis has exacerbated the situation – as reports show that more at least 8 million people in the country are at the brink of famine.

Despite the relative peace that started from the unity government formation in 2020, the UN mission in the country says sub-national violence has become the biggest security threat in the country.

In April 2022, the government launched public consultations for the establishment of Commission for Truth, Reconciliation and Healing in Juba.

The technical committee were then mandated to collect public views across the 10 states and administrative areas, on how the commission should be formed.

The Commission for Truth, Reconciliation and Healing is tasked by the 2018 peace accord to establish an accurate and impartial historical record of human rights violations, breaches of the rule of law, and excessive abuses of power committed by state and non-state actors.

It is also expected to investigate the causes of conflicts and their circumstances and administer fund to victims in conjunction with the Compensation and Reparation Authority, among others.