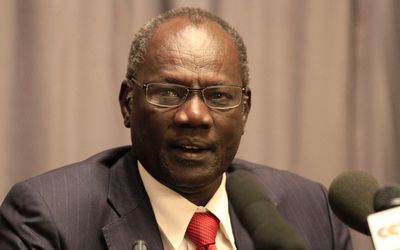 The Inter-Governmental Authority on Development has suspended South Sudan for failure to clear its membership fee arrears.

As part of membership contributions to the regional body, the young nation is expected to annually pay its membership fees.

However, the minister of information often says the government has been unable to clear, making it lose about 14 positions at IGAD…

“We have actually been suspended from IGAD simply because we have not paid our dues,” Michael Makuei said.

Makuei points out that a resolution was passed three weeks ago directing the finance minister to pay all the arrears of foreign missions.

“After thorough deliberations, it was decided that the minister of foreign affairs discuss this with the new minister of finance to pay all the outstanding arrears so that the government or the people of South Sudan can benefit from these positions.”

These include the East African Community, the United Nations, and African Union.