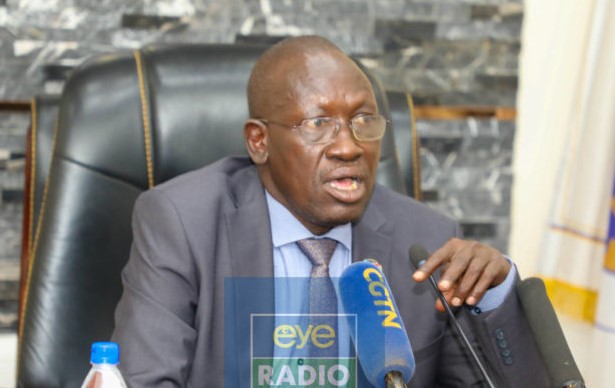 The Central Bank governor has said the 2012 Petroleum Act was made up and imposed on the country by foreigners.

Moses Makur Deng made the remarks during the ongoing National Constitutional Amendment Committee meeting with stakeholders in Juba on Thursday.

According to Deng, foreign experts designed the instrument and made it appear as if it was made  by South Sudanese.

“It was actually imposed, and we didn’t sign anything, so we left it. When people went for consultation, I came and write that it seemed to me irrelevant so it was a crooked thing,” said Makur.

He did not mention who the foreigners are.

However, the official said, the alleged foreigners simply gave South Sudanese a finished document to review in order to make them feel a sense of ownership.

Makur claimed the Act was imposed on the country, and that South Sudanese did nothing in drafting the law.

“So, the current Act is superficial, and was imposed on South Sudanese. I am warning this time this dimension must be taken care of properly it could not see as receiving anything from anywhere,” he said.

According to him, the foreigners did not put into consideration a number of factors such as community welfare, environmental issues among others.

“We should own the laws, not imposed from elsewhere, generally an act that is of Sudanese origin must issues of national staffs, must address issues of community welfare and address environmental issues,” said the Bank Governor.

It’s not clear what prompted the minister to make such a statement.

Meanwhile, foreign companies operating in the oil sector have been accused on several occasions of ignoring their corporate social responsibility to communities in the oilfields.

In the recent years, civilians, mainly unemployed young people in the oil field of Unity, Ruweng and Upper Nile staged demonstrations against oil companies, which they accused of pollution, refusal to develop infrastructures and denial of job opportunities.

The Corporate Social Responsibility is a company’s commitment to manage the social, environmental and economic effects of its operations responsibly and in line with public expectations.

Apparently the country is reviewing the petroleum laws as required by the 2018 peace agreement.

The petroleum sector has also undergone a lot of scrutiny over the past years for several reasons including the devastating environmental pollution.