You are here: Home  |  News | Sports   |   From refugee camp to World Cup, Mabil thanks Australia

From refugee camp to World Cup, Mabil thanks Australia 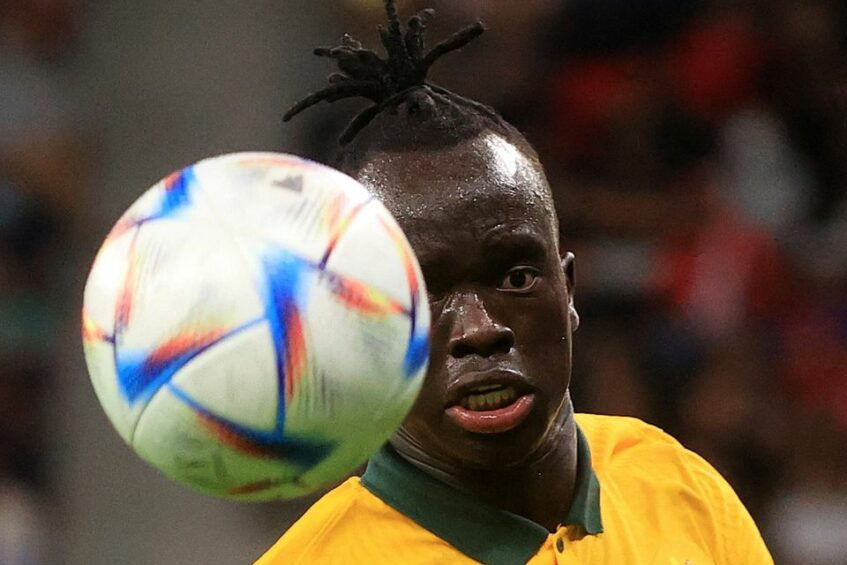 Awer Mabil said converting a penalty in the shootout triumph over Peru that took the Socceroos to a fifth successive World Cup on Monday was a thank you to Australia for taking him and his family in as refugees.

The winger, born to South Sudanese parents in a Kenyan refugee camp, calmly converted the first sudden death penalty and then watched on as Andrew Redmayne saved Alex Valera’s spot-kick to clinch the playoff victory in Doha.

“I knew I was going to score. It was the only way to say thank you to Australia, from me and my family,” the 26-year-old told reporters from Qatar.

“My family fled Sudan because of war, I was born in a hut. My hotel room here is bigger than the room we had as a family back in the refugee camp. For Australia to take us in and re-settle us, it gave me and my family a chance of life.”

Mabil hoped his contribution to Tuesday’s win would, in the football world at least, help create a new narrative around refugees in Australia.

“Now I think I might have an impact on Australian football,” he added.

“We’re going to the World Cup. I scored (the penalty), a lot of my team mates scored, we all played a part.

“And yeah, maybe that refugee kid played a big part. So that’s on behalf of my family just to say thank you to the whole of Australia.”

Mabil said he had arrived in Australia as a child just in time to see the “Golden Generation” of Socceroos play at the 2006 World Cup in Germany.

The current generation of players, he said, were determined not to be burdened by the memory of the days when Tim Cahill and Harry Kewell wore the green and gold shirt.

“We want to create our own chapter,” he said. “For me, I see it as a motivation. Now it’s time for us to write our own script. Next time we’re going to qualify directly. We always do it the hard way as Aussies, it’s time to change that picture.”