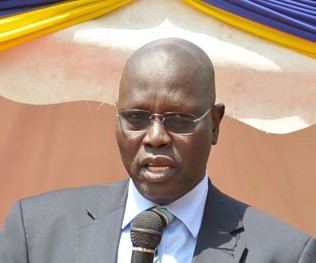 The Minister of Finance and Planning said he will stop issuing bank overdrafts, but rather inject more US dollars into the market.

“The cause of the fluctuation in exchange rate is due to good number of overdrafts that were issued before, so we have agreed that immediately all the overdrafts will be stopped,” he said.

An overdraft is a deficit in a bank account, caused by drawing more money than the account holds.

It occurs when there isn’t enough money in an account to cover a transaction or withdrawal, but the bank allows the transaction anyway.

Minister Dier Tong, blamed the dwindling economy on issuance of overdrafts, and said the policy will immediately cease.

The local currency has depreciated to the core, leaving families struggling to survive.

Finance Minister Dier said, his Ministry and the Central Bank will also ensure hard currency is provided to traders for importation of basic commodities in the markets to stabilize the prices.

“The Ministry of Finance and the Bank will cooperate to make sure that we inject sufficient foreign currency into the market so that we can stabilize the exchange rate,” he said.

“Also, we need to make efforts to increase the revenue collection, in both the none-oil revenue and also to make sure that all the revenue coming from the oil sales will come to the coffers of the government.”

“And therefore, we would be able to make sure that these resources are allocated to meet the priorities of the country in terms of spending.”

Dier was speaking on the state-run TV, SSBC last evening, after meeting with President Salva Kiir.

However, economists argue that the factors hindering economic recovery, include lack of a diversified economy as the high prices of commodities.