You are here: Home  |  Justice | News   |   Committee calls for patience as it probes alleged land grabbing

Committee calls for patience as it probes alleged land grabbing 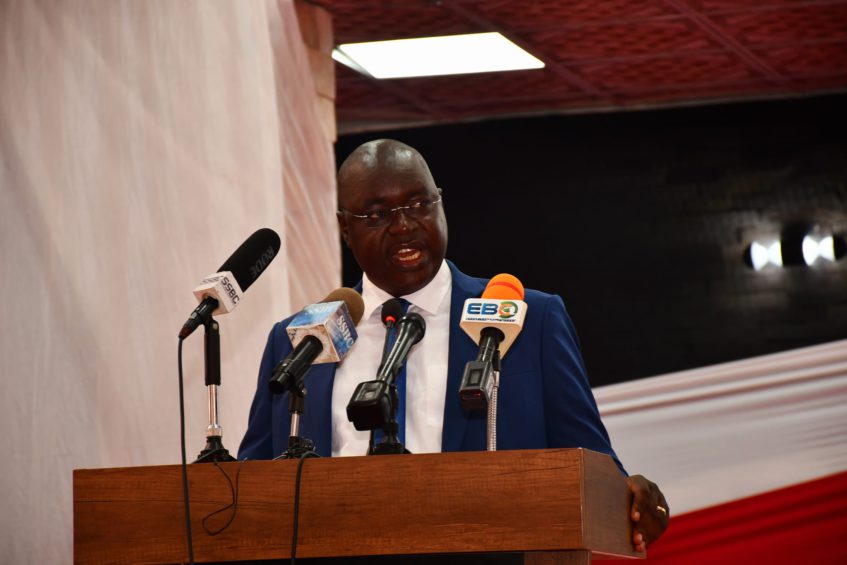 Central Equatoria state governor has called for patience among the general public to allow the committee formed by President Kiir to solve the issue of land conflicts in the state.

Emmanuel Adil made the plea at a press briefing by the land committee in Juba yesterday.

The 12-member committee appointed by President Kiir in November last year was tasked to investigate the Garbo village incident and address the issue of rampant land grabbing around Juba city.

But the committee’s work stalled in December last year after illegal settlers clashed with its members appointed by the President, east of the Nile River.

As a result, two civilians and a soldier were reportedly killed.

This then prompted the state government to deploy security forces in an attempt to diffuse tension in the area.

But the area community leader told Eye Radio that the security forces deployed in the area to prevent land related -conflicts became involved in demarcating the land for themselves.

Following complaints from the Garbo native, the forces were removed a few days later.

Speaking to the media yesterday, Governor Emmanuel Adil urged the public to desist from unauthorized land allotment until the committee completes its assignments.

“We direct that further illegal demarcation and allotment has to stop so that we solve this problem.

“Everybody wants to have a piece of land first for settlement, and as a nation of course, we have to have a clear method of how we settle people.

“People should by all means desist from demarcating a piece of land illegally because without government recognition, that piece of land would not have value, so therefore we want to announce that with this committee definitely this is going to solve the issue of informal settlement and land grabbing.”