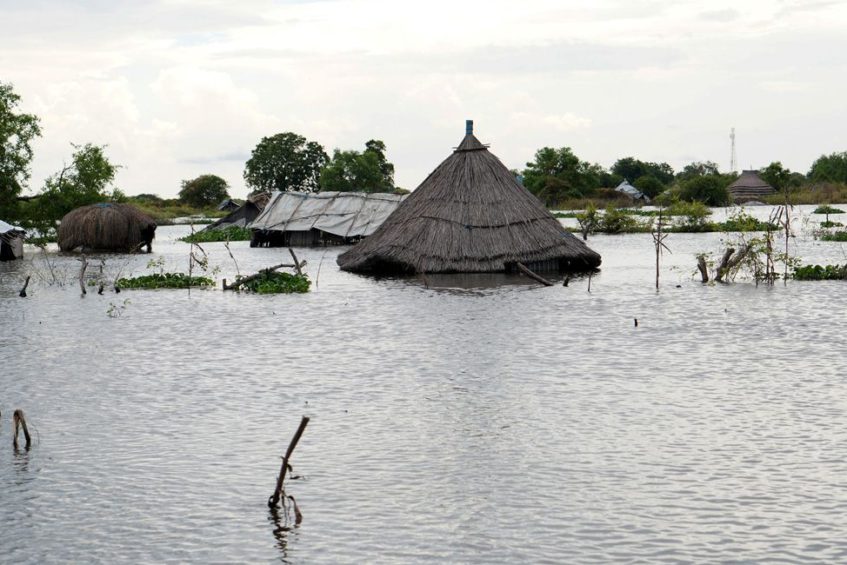 A village under water in Unity State | Credit | Courtesy

UN agencies say the month of August was characterized by deaths and displacements related to flooding, violence, food insecurity, and the coronavirus.

An estimated 380,000 people have been affected by flooding in six states since May, with Jonglei and Unity the most affected.

They say many of those affected moved to higher ground within their county and needed humanitarian assistance.

In a humanitarian snapshot published on Tuesday by the UN Office for the Coordination of Humanitarian Affairs, recurring violence in Tambura of Western Equatoria state has impacted humanitarian activities.

It said more than 58,000 people from Tambura remained displaced in eight settlements since June.

In Juba County of Central Equatoria, UN OCHA stated that fighting between cattle keepers and host communities displaced some 10,000 people to Juba town.

700 others were displaced by fighting between armed factions in Yei County.

By the end of August, UN OCHA disclosed that sub-national violence in Tonj East County of Warrap state displaced more than 5,000 people.

It also said fighting between alleged rival military factions of the SPLA-IO displaced some 2,000 people in Manyo County of Upper Nile state.

The UN agencies stated that the floods, violence, and coronavirus require additional funding to respond to the growing humanitarian needs in South Sudan.