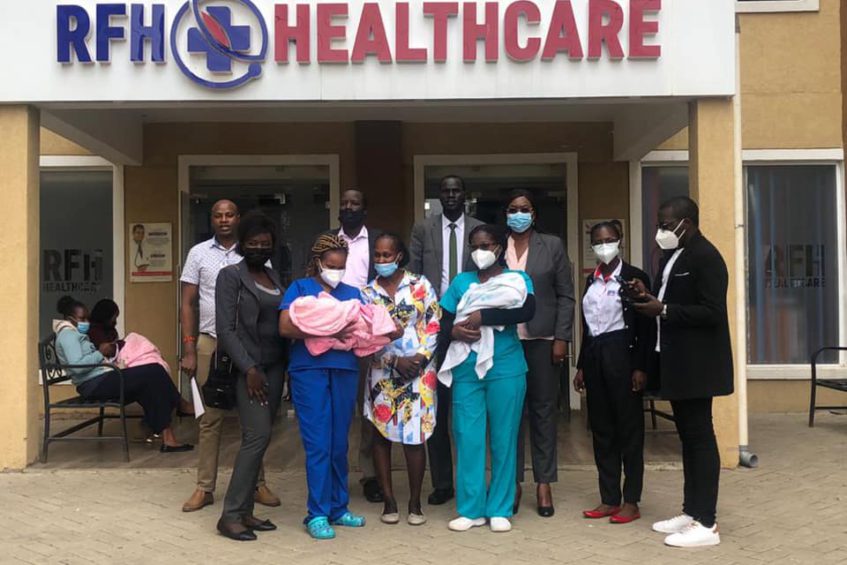 The South Sudanese woman who was detained by a hospital in Kenya over childbirth bills has finally been discharged.

Aluel Deng walked away with her twins on South Sudan’s 10th independence anniversary after two months of hospital detention. Some well-wishers came to her rescue.

“I am feeling grateful actually that I’m going home. Finally, my kids are free. I thank God for the miracle,” an elated Aluel told Eye Radio from Nairobi.

Aluel gave birth to twins at Ruai Family Hospital in Nairobi, Kenya in May.

She gave birth to premature babies at 32 weeks and had to go through a Cesarean section.

The twins were also born underweight at 1.4kg and 1.8kg and both had premature lungs.

The father to her babies, a Kenyan national, disappeared when the hospital brought the bill of about $13,000.

Since she could not afford the bills, the hospital management decided to keep her there until she could clear the bills.

Aluel told Eye Radio last week that her mental condition was deteriorating as no help seems to come her way.

But on Friday morning, well-wishers from within South Sudan and abroad came to her rescue.

The team from Juba raised about $6,000, while another $1,500 was raised on the crowdfunding site GoFundMe.

“God works in mysterious ways…I would like to thank all the people in South Sudan who helped me a lot, and I thank them for what they did to me,” said the 32-year-old Aluel Deng.

Among those who assisted in raising funds for Aluel Deng is the Executive Director for Smile Again Africa Development Organization or SAADO.

Elijah Manyok facilitated fundraising in Juba in coordination with a team in Nairobi.

He also spoke to Eye Radio this morning.

“The key objective was to ensure she is released from the hospital detention with her kids. The second thing was the timing; we thought this would be a better gift of the Independence Day celebration for the kids,” Mr. Manyok told Eye Radio.

Mr. Manyok commended South Sudanese for their spirit of humanity.

“We are thankful to all our well-wishers who have managed to raise the funds to ensure that she is released. We also thank those who have supported Aluel emotionally and financially and we are also grateful to the South Sudan Ambassador to Nairobi for the support. So it is an exciting thing.”