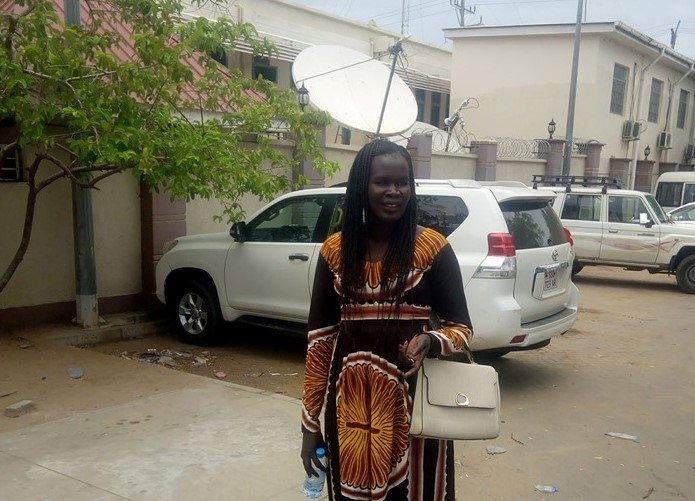 A breastfeeding mom who was forced to spend a day in a Jubek Prison without feeding her two-month-old baby has been released without charges.

Nella Achuek was arrested with 12 other young people on Sunday at Freedom Hall in Juba following a meeting of the Gogrial Youth Union.

They were reportedly invited to a meeting organized by the Gogrial State Coordinator Mariak Madut Mayuen, only to be arrested by the Blue House officers. He’s yet to comment on the allegations.

Ms Achuek, who is the chairperson of the Gogrial Youth Union in Juba, says she was detained in the same cell with men.

She told Eye Radio that the men were brutally tortured by the officers.

Ms Achuek says she could not return to her baby during her detention. The infant boy spent 24 hours without breastfeeding, and without mother.

“I had left my baby at home when I got arrested,” she told Eye Radio on Tuesday.

“I told them that I wanted to go back home because my baby is too small. I was told that I should be there for 24 hours or else I give them the number of the state coordinator.

“I gave the coordinator’s number but he told them that no politicians are supposed to have babies. We don’t even care of the babies of these oppositions and that I must be there [cell] for the 24 hours.”

Over the weekend, the Gogrial State Intellectuals’ organization invited youth, elders and students for a meeting at Freedom Hall.

The meeting was supposedly to honor community members, although it was later cancelled a day before it was to be held.

But during the meeting, officers from the national security services reportedly stormed in and arrested 12 young people.

They were reportedly taken to a national security facility in Juba were they were forced to spend a night.