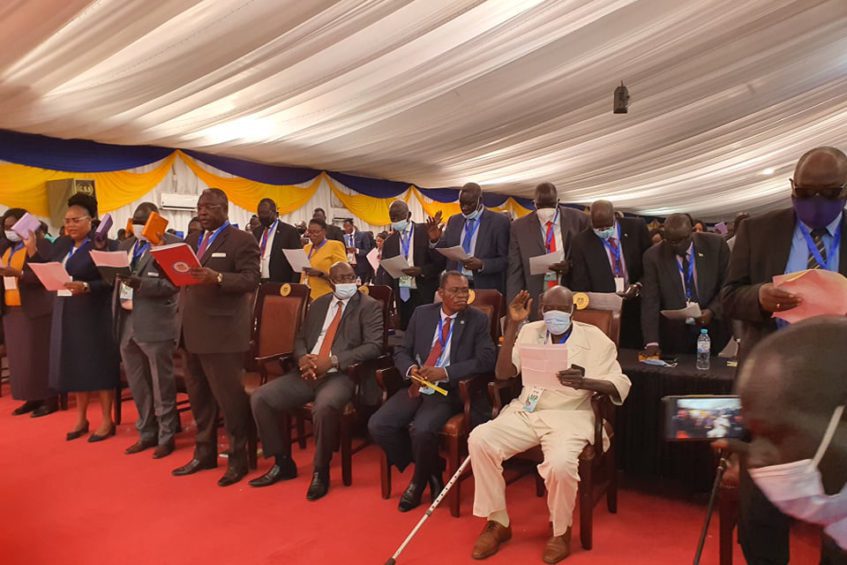 The National parliament adjourned Monday’s seating after opposition MPs protested the enactment of the Political Parties bill two weeks ago.

The bill was passed despite reservations by some opposition party members on the modalities to provide financing to the political parties and the conditions for a party to be legally registered.

The act stipulates that for a political party to be registered, it must have at least five hundred members from each of the ten states.

And that a party will be allocated a budget based on the outcome of a general election – which some opposition MPs opposed.

But the Speaker of the August house, Nunu Kumba went on to pass the bill without a consensus.

Speaking to Eye Radio this afternoon, an MP from SPLM-IO, Nihal Bol said they boycotted the Monday seating.

He said the house deputy speaker and chairman of specialized committees headed by the party have closed down in protest of the passed bill.

Honorable Bol said they will only lift the decision after this matter is addressed.

“We have stopped going to the parliament until the ruling party, the SPLM reinstated the provision which brought this issue.”

Nhial Bol said the matter was not subjected to voting by the house, but the speaker endorsed the wowing MPs.

“We differ over the Political Parties bill. There are three items and the conduct of business is very clear, and the agreement which we signed by the peace parties says that, in the absence of consensus the speaker should put the issue for voting.”