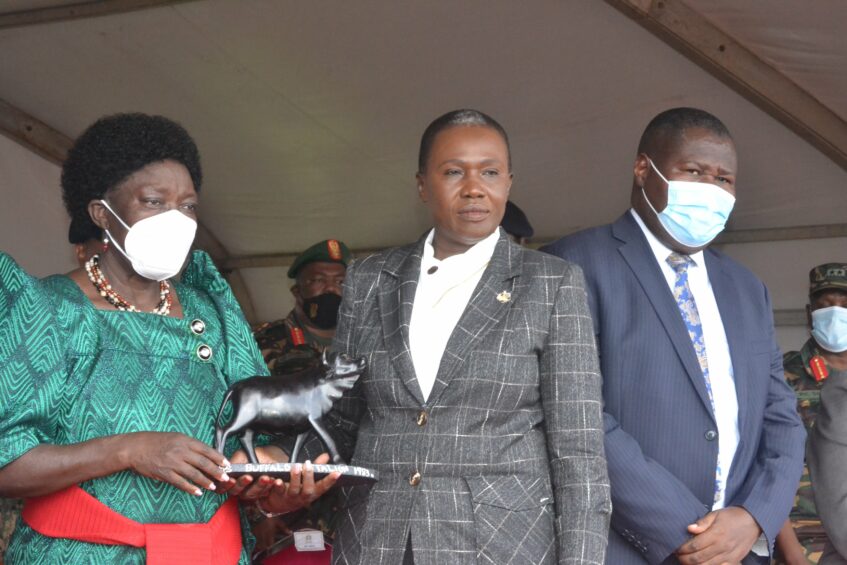 They say this will ease communication, promote culture, trade and unity in the region.

The leaders made the remarks on Friday during the closure of training exercises for Armed Forces from the seven-member states of Rwanda, Burundi, Kenya, Tanzania, South Sudan, Uganda and the Democratic Republic of Congo held at Gaddafi Barracks in Jinja.

During the weekend seating, the Secretary General of Defense for Kenya Mr Eugene Wamalwa encourage the region leadership to begin conversation in the Swahili language.

“It will be great that in any engagement, we use Kiswahili as our own identify language for East Africa; therefore, as a member state, I request that we introduce it in our education systems to as a regional language that unites East African culture and trade.”

Meanwhile, the First Deputy Prime Minister and minister of EAC Affairs, Ms Rebecca Kadaga, who represented President Museveni, said the regional Cabinet is preparing a paper to ensure that Swahili becomes compulsory and examinable in schools.

She said a survey a survey was conducted within the EAC, and the country that came out last was Uganda.

According to her, “the survey is that Swahili was born in Zanzibar, came to Tanzania, matured in Kenya, fell sick in Rwanda and Burundi, went into Intensive Care in DR Congo and died in Uganda.”

It is estimates that about 5 million people are believed to speak Kiswahili as primary language and 60 million as a secondary language within the region.