Turn up for opening of Freedom Bridge,” Juba residents urged 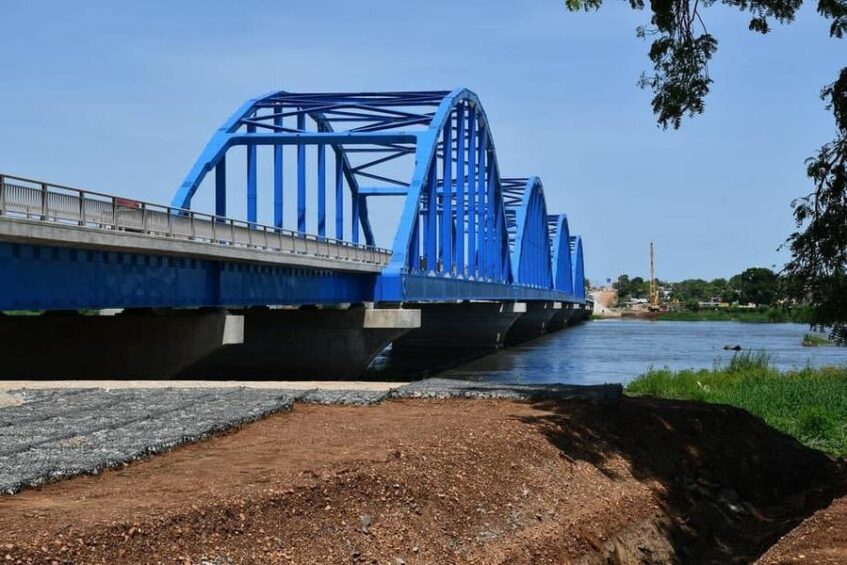 Freedom Bridge in Juba is expected to be officially opened on 19 May, 2022 - Courtesy

The government has called on the public to turn up for the official opening of the Freedom Bridge next week on 19 May, the minister of information has said.

Michael Makuei who is also the government spokesperson says South Sudan’s largest bridge will be officially opened for use next week.

Early last month, the Minister of Roads and Bridges announced the completion of work on the bridge.

Simon Mijak said the 119 million U.S dollar infrastructure project was ready for commissioning by the President.

Following a Council of Ministers meeting yesterday, the Minister of Information disclosed that the bridge will be opened for use on May 19.

Michael Makuei invited the public to turn up at the site for the celebrations of the accomplishment with the government.

“He [Minister Roads and Bridges] informed us that the Freedom Bridge is at present ready and the commissioning of the Bridge will be done by His Excellency the President on the nineteenth of May this month,” Makuei said.

“We are calling on the public to attend that day to come and celebrate with the government that day.”

But renewed conflicts and the coronavirus pandemic disrupted the timely completion of the project.

The bridge is expected to be formidable for about 100 years.