MoH suspends use of Astrazeneca vaccines that reached expiration date 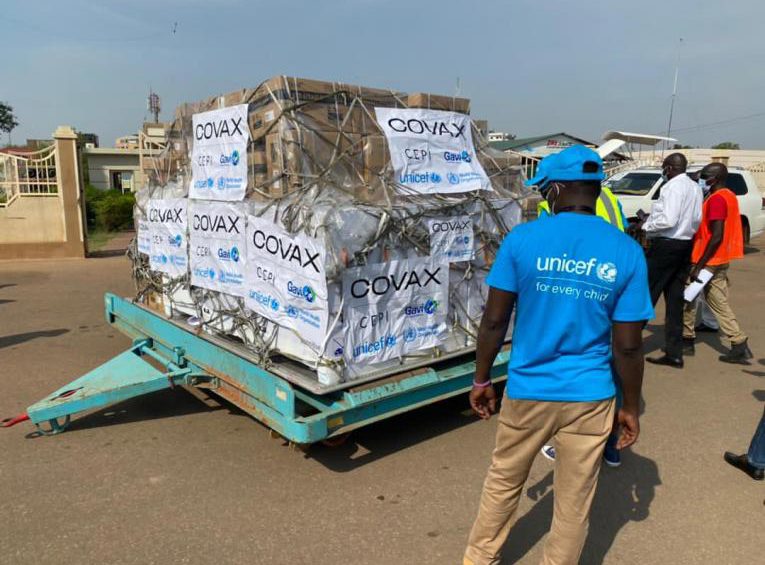 On 25 March 2021, 132,000 doses of the Astra Zeneca COVID-19 vaccine arrived at the Juba International Airport, the first of several vaccine shipments scheduled to arrive over the coming months to South Sudan through the support of the COVAX Facility | Unicef

The national Ministry of Health says it has stopped administering a balance of the AstraZeneca vaccines that have reached the expiration date.

Last week, the ministry expressed optimism of completing nearly two thousand does it said were remaining in stock.

The vials were reportedly brought to Juba from locations where uptake was low.

But on Sunday, the health ministry said more than three thousand doses were not used.

This, according to the ministry, represents four percent of the 60,000 doses the country started rolling out in April.

Dr. John Rumunu, the Director-General for Preventive Health Services on Sunday says the total doses administered so far across the country was 56, 587.

“We have used 95 percent and four percent is a wastage. So that is something that happens in every vaccination service. There is a certain range of vaccines that will be wasted and it is acceptable,” he said.

According to the ministry, around forty thousand people are yet to take their second dose.

Rumunu said those waiting for second jab are within the range of the period.

“The response will be even much stronger even when you get it in more than twelve weeks. So they do not have to worry.”

South Sudan is expecting to get its second batch of the vaccine in early August.

It is not clear how many doses will be brought next month.

But the UK-based COVAX facility had approved 732, 000 doses for South Sudan.

Only 132,000 doses were received in April this year- of which South Sudan gave away 72, 000 doses to Kenya due to the low uptake in the country.