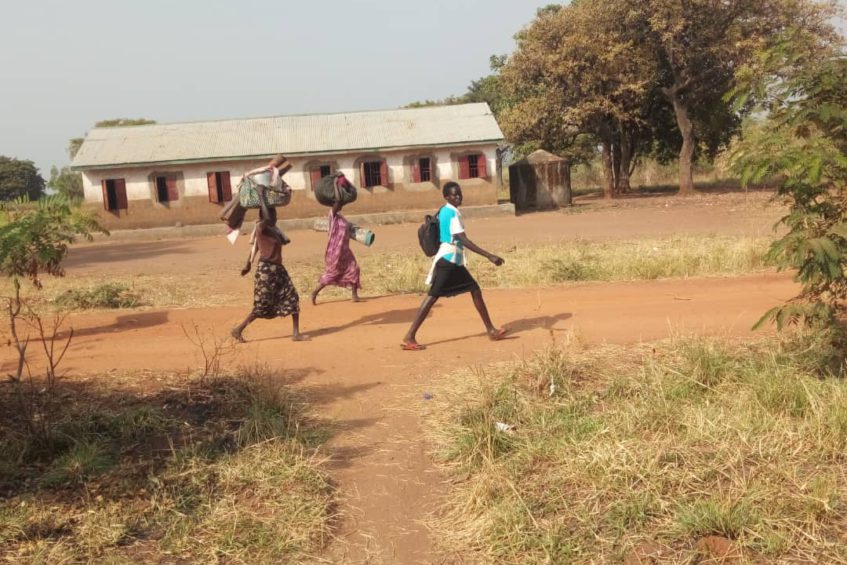 Hundreds of residents in Agoro-Somboro village of Magwi County have fled the area after an attack by cattle keepers leaving one person injured.

According to the chairman of Agoro Community, armed cattle keepers who arrived in the area weeks ago are intimidating, beating and threatening the locals.

He said the influx of herds of cattle in the area has caused tension between farmers and herders.

Ochola Emmanuel stated that since the arrival of the herders, residents have been living in fear due to the sophisticated weapon they carry.

He says, boys swimming at a stream were shot at by herders yesterday leaving one hospitalized.

Ochola says the herders are suspected to have come from Jonglei State and Terekeka County of Central Equatoria State.

“What happened yesterday, the herders came to a village in Agoro called Somboro, they came around 4pm and they were all carrying machine guns,” Emmanuel said.

“They found one of the boys bathing at a stream and they started harassing him and when the boy wanted to escape they shot him in the hand.

“A number of people were displaced and I am with them within Magwi Town. The whole village fled the area with the exception of some few youth who remained behind.”

Some of those displaced from Agoro appealed to the government to intervene.

“We flew without any of our belongings, we are tired and angry, we are calling for the state and national government to intervene, as I am talking, I am feeling like there is a wound in my stomach,” one of the villagers told Eye Radio.

“We are here and there is nothing to eat, no shelters, children are suffering, they are crying because they ate nothing since yesterday, we are calling on the state and national government to come to our aid,” another displaced villager told Eye Radio.

In 2017, President Salva Kiir issued a decree ordering cattle keepers to move all their livestock out of the greater Equatoria region.

A committee was also set up to ensure that the animals were returned to their respective states.

However, the decree seems to have not been implemented due to unclear reasons.