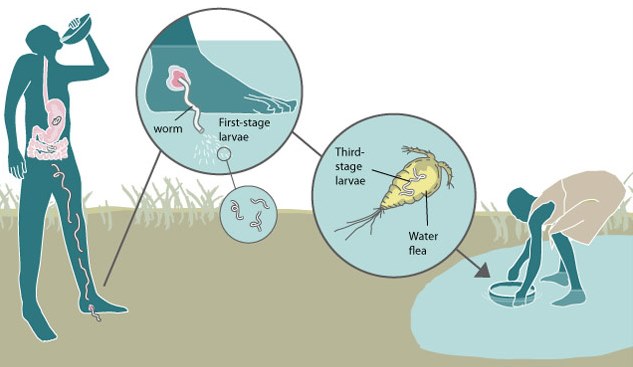 The Carter Center and the ministry of health say the recently alleged guinea worm case in Gbudue State was a misdiagnosis of the disease.

Three weeks ago, a family told Eye Radio that its 2-year-old child had been affected by the disease at Saura, an area situated about 9 kilometers north of Yambio town.

In response, the ministry of health and Carter Center dispatched its team to the area to establish facts about the rumor.

In a statement extended to Eye Radio on Tuesday, the Director for the South Sudan Guinea Worm Eradication Program at the Ministry of Health, Makoy Samuel said the report was untrue.

“We are thankful for the program and for the people of Yambio that this rumor turned out to be false,” Makoy Samuel said.

Guinea-worm disease is a parasitic infection by the Guinea worm.