You are here: Home  |  Humanitarian | Peace | Sports   |   UNICEF: A special AC Milan jersey in support of children in S. Sudan

UNICEF: A special AC Milan jersey in support of children in S. Sudan 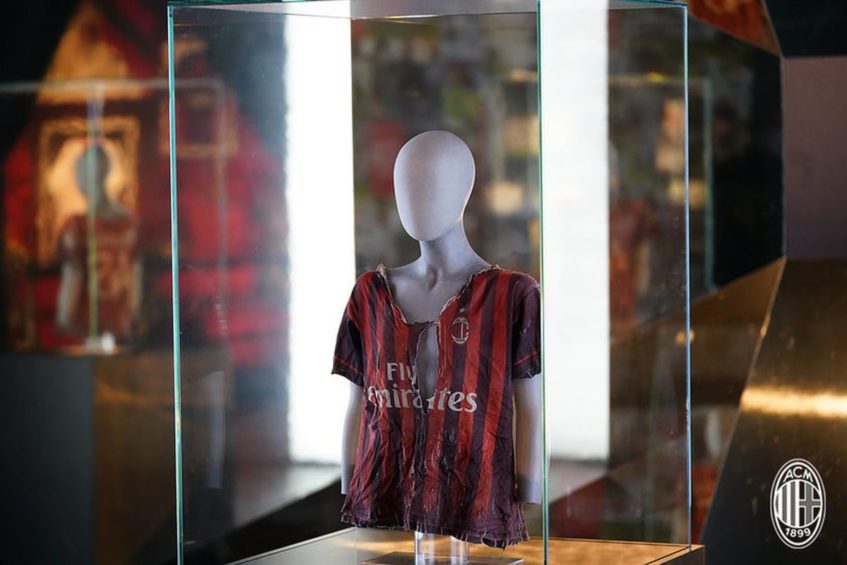 This photo dating back to December 2021, is of a torn AC Milan jersey taken from South Sudan and now on display in Mondo Milan Museum. |photo credit; Jan Grarup.

The Italian football club AC Milan in partnership with the UN’s children agency, UNICEF have announced a new charity project to support children in South Sudan.

The initiative is based on an inspiring story of a football shirt of AC Milan, taken from South Sudan by Danish war photographer Jan Grarup in a visit to the country in December last year.

During his trip through the Nile to cover the devastating effect of seasonal floods in Jonglei State, the photographer passed by a small village trapped by floodwaters when he saw children playing at a football field.

Among the children, is a young boy wearing an AC Milan shirt with many torn parts.

“This particular village was trapped in water from both sides, and in the middle, there was a small playground and in the playground, there was a boy in Millan jersey playing football and his jersey was completely destroyed and I talked to him because I am a big fan of AC Milan myself,” he said in a short video clip that was published on the Milan website yesterday.

“He showed me the jersey and how every time it is torn apart he stitched it and he taught himself how to do that so he did it in so many places and I said I need to have that jersey, if I give you a new football jersey and some money, can I buy it, and he immediately thought I was crazy.”

As a football fan, he says he was moved by the sight of this boy trying to preserve the aging shirt which means a lot to him.

“For me, immediately when I saw the jersey, it became a piece of art and that’s for me what this is. It is about life, it’s about survival and the love of football and actually trying to keep something he was cherishing very very much alive, and I knew that when I get home, I am going to tell this story as good as I possibly can, just to tell people around the world that football is a big thing in many places in the world not just here,” said Grarup.

He then asked the boy if he could exchange the torn shirt with a new one, which was accepted.

Grarup then donated the jersey to the club after swapping it for a new one from the boy.

The jersey can now be viewed in Mondo Milan Museum, in a new exhibition dedicated to educational and social projects in South Sudan.