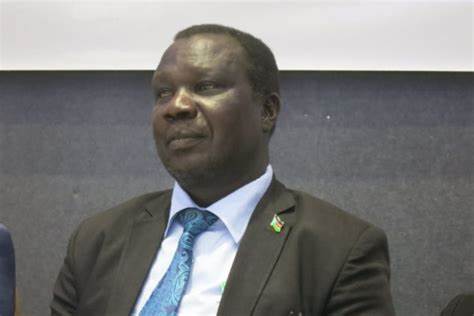 The renovation of the parliament building is nearly complete, the designated chairperson of the information committee at the reconstituted Transitional National Legislative Assembly has said.

The rehabilitation work began in 2019, but stalled over contractual disagreements.

The contractor abandoned the project after the admiration under the then speaker Anthony Lino reportedly failed to pay the construction company.

“The technicians are working around the clock to ensure that chairs are probably fixed and the AC are fixed, to accommodate the number which is in the new revitalized TNLA. The offices are almost done, what is left now is the chamber or the hall,” Paul Yoane told Eye Radio on Friday

“They are now working to ensure that the hall is completed so that in the coming sittings, we don’t go necessarily to the freedom hall. Once it is done, the honorable members will be conducting their parliamentary roles, the oversight role, following up with the ministries within this premises. But at the moment, we will still be going to hall until the hall is completed.”