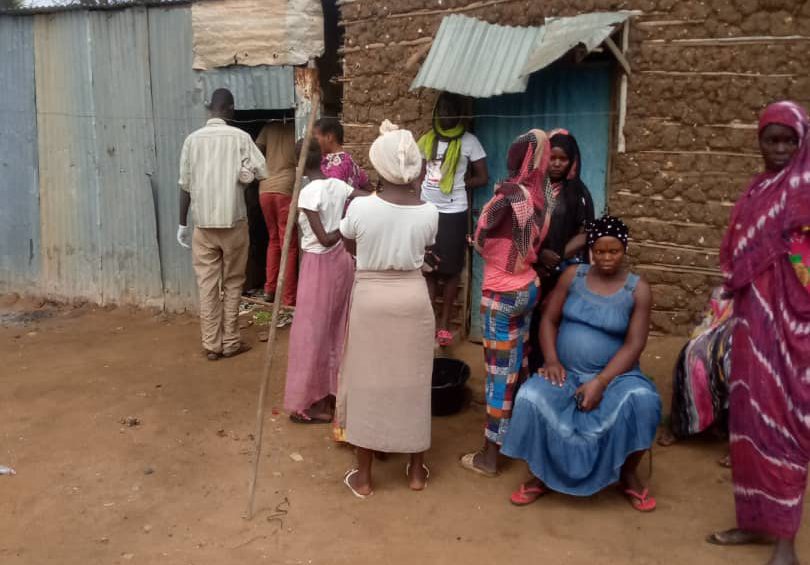 The bereaved family mourn the child on Tuesday/Courtesy

A seven-month-old child has reportedly been killed in Juba by what witnesses believe was a wild animal.

The baby boy was bitten in the face by an unidentified creature.

Witnesses say he was sleeping with the mother in a mud house with iron sheet roofing over the weekend.

Half of the baby’s face–starting from the right cheek to the nose was chopped off by the suspected animal.

The child known as Jada died at the scene.

The mother identified as Keji said she was breastfeeding the baby when the said animal attacked while they were asleep.

According to the Secretary of Information in Hai Cassava residential area, the incident happened around 4:30 AM.

Goodwill Cornelio narrated the incident to Eye Radio on Tuesday.

The area residents are still confused over the type of animal feeding on people in the area.