You are here: Home  |  Justice | News   |   Musicians, driver file case against suspect who shot them in Juba

Musicians, driver file case against suspect who shot them in Juba 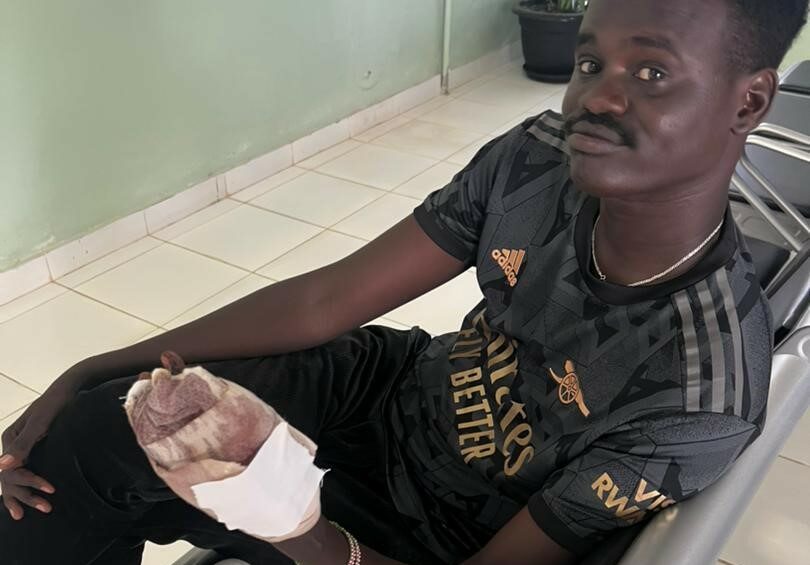 Chol Peter who was shot on his hand - COURTESY

Two musicians, and a driver who were shot and wounded by some security personnel over the weekend in Juba have filed a case in the police.

The incident occurred on Sunday at the bridge adjacent to the Nile-Pet petrol station in Kator residential area, east of Juba.

One of the survivors who identified himself as Jay Dynamic says, they were on their way home from a nightclub when they were attacked in two vehicles.

They were heading to Shirikaat residential area after passing the University of Juba around midnight when a Toyota Landcruiser bearing a number plate 378 sped after them.

As they slowed down towards the bridge, the unidentified armed man fired four bullets on them, injuring Chol Peter, a Disco Joker and artist Nato J.

“We were driving two cars. My car was in front and another one behind me, from there we saw a car coming behind us with full lights and a high speed. From there we slowed down and there was also a sound of gunshots,” said Jay Dynamic.

“We stopped then when reaching us two of them came out of the car and they went ahead and block the first car and they start shooting behind, it was only one guy who shoot at us around four bullets,

“These are two guys who were injured. I was safe because I was the one driving, I am safe nothing happened to me.”

The motive for shooting them is unclear.

However, Jay Dynamic said after the incident they opened a police case against the security personnel at the Malakia Police Station in Juba.

Several calls to the police spokesperson for comment went unanswered.