You are here: Home  |  News   |   Cabinet directs ministry of transport to inspect all planes

Cabinet directs ministry of transport to inspect all planes 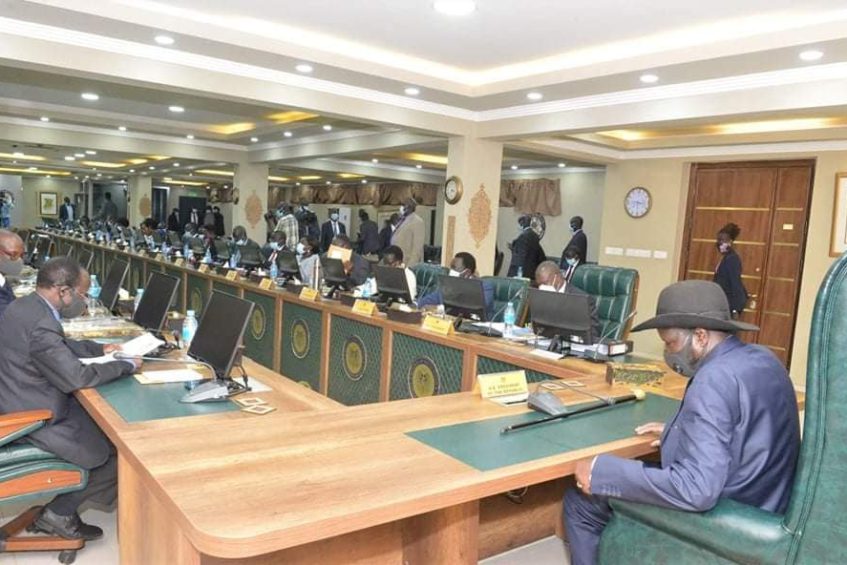 The Council of Ministers has directed the Ministry of Transport to check all planes operating in the country before flying.

This came when an Antonov crashed soon after taking off at Juba International Airport, killing five people onboard.

A manifest seen by Eye Radio shows that the aircraft AN26-  flight TR-NGT– belonging to Euro Airlines – was carrying 28 drums of fuel to Maban County, Upper Nile State.

Speaking to reporters after the regular meeting of the council of ministers yesterday, the Minister of Information Michael Makuei said the cabinet directed the ministry of transport to check all planes before flying.

“The Minister has already formed a committee to investigate the issue and he has been fully authorized to follow up the implementation. He should also make sure that all the planes operating in South Sudan are properly checked,” Makuei said.

“The minister has been directed to make sure that all planes that fly here in South Sudan are secured planes and this is for the security of our people and for our reputation as well.”

Since its independence in 2011, many planes have crashed in the country killing hundreds of people.

The Russian Antonov AN-26s, which were manufactured in 1969 – were black listed by the Flights Safety foundation in 2006.

In May 2021, the South Sudan Civil Aviation Authority ordered all airline companies operating Antonov An-26 to cease operations until further notice due to multiple fatal crashes.

Two months earlier, it said it would screen all airline operators in the country to stop the recurrence of plane crashes.